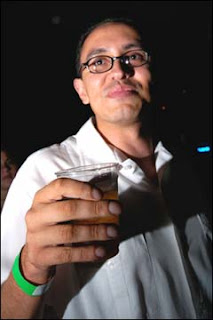 That Arrellano elects to anoint Tex[t]-Mex with a mention at the end of his piece means I have to buy him a beeg beeg regalito/regalote this coming navidad! Abrazos Gustavo! Abrazos!
From the textmex obsessed imagination of William A. Nericcio at 5:58 PM