From the textmex obsessed imagination of William A. Nericcio at 1:18 PM 2 comments: 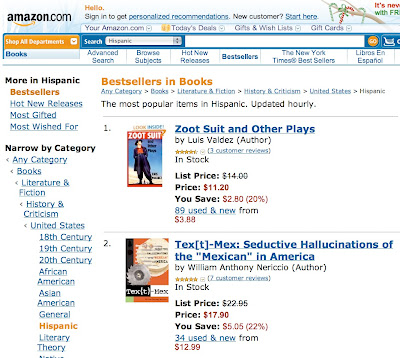 My thanks to the little elves of Amazon for promoting Tex[t]-Mex so nicely--at 11:40 on Saturday, December 6, 2008, Seductive Hallucinations of the "Mexican" in America #2 for the Hispanic category, behind Zoot Suit, by Luis Valdez! Órale!

update: Tower has it at #7 for just a little bit cheaper.
From the textmex obsessed imagination of William A. Nericcio at 11:39 AM No comments: 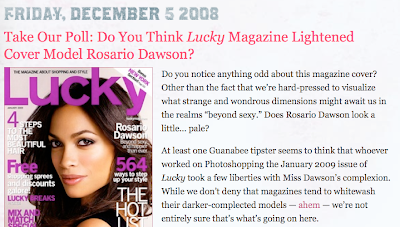 From the textmex obsessed imagination of William A. Nericcio at 8:13 AM 1 comment:

MST3K: The Robot Versus the Aztec Mummy In terms of the pantheon of Mystery Science Theater spoofs, The Robot Versus the Aztec Mummy (originally released in Mexico as La momia azteca contra el robot humano [1957]) is certainly not the most infamous, but it does feature a series of "Mexican" jokes, most predictable, that are germane to the interests of this blog. As for the endless MST debate of Joel versus Mike--Joel, of course.

The movie starts at the 7:23 mark of this YouTube upload:

From the textmex obsessed imagination of William A. Nericcio at 7:56 AM No comments:

Since 1984, I have been writing and playing and designing on a Mac--this is the best parody of the Apple Universe I have seen in awhile:

source
From the textmex obsessed imagination of William A. Nericcio at 3:24 PM No comments: 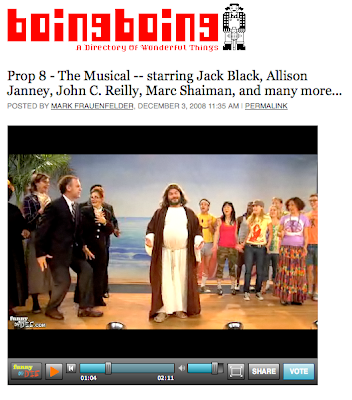 From the textmex obsessed imagination of William A. Nericcio at 5:03 PM 1 comment:

One of my medievalist colleagues here at SDSU gave me a birthday card today that features a perfect poster-child for Tex[t]-Mex shenanigans! Miss Cactus Pixie, circa 1932! I have to share it! As with most images on the site, click the picture to get the full picture! 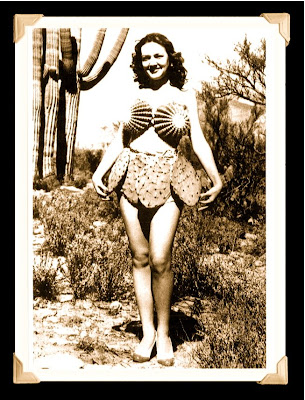 From the textmex obsessed imagination of William A. Nericcio at 11:59 AM 4 comments: 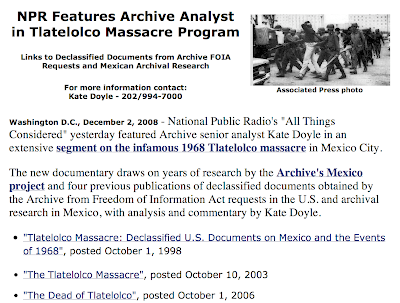 From the textmex obsessed imagination of William A. Nericcio at 8:33 AM No comments:

My good friend Oliver Mayer, whose work is anthologized and studied to death in my second book, an edited collection entitled The Hurt Business, is back in the news!

Critically acclaimed playwright Oliver Mayer will jump right into the new year with the world premiere of two of his plays: *"Dias y Flores" *and *" Laws of Sympathy"*.

On January 16, 2009 he will world premiere at the Company of Angels Theatre his highly anticipated play *"Dias y Flores" *- a meditation on Love: straight, gay and filial. The play directed by *Luis Alfaro* stars an all Latin ensemble cast including his wife, Actress *Marlene Forte*, Mel Rodriguez, Alejandro Rose Garcia, and Justin Huen. Testing which love is strongest, the play seeks the musical magic of love. Its story is loosely based on "A Thousand and One Nights, and the music of Cuban Silvio Rodriguez and Beethoven. It also looks at the changing face of Latinos - Caribbean to Mexican. What does it mean to be Latino and in love?

Mayer who is best known for *his plays that investigate the Latino *and more specifically the* Chicano experience* throughout American history has had two collections of his work published as of 2008: *"The Hurt Business" *and *"Oliver Mayer: Collected Plays"* . It's only natural that Mayer is known as a Chicano playwright, being *himself half Mexican*. His career has undeniably been very much enriched by being a product of two cultures. A Professor of Dramatic Writing at USC School of Theatre, Oliver Mayer is a playwright driven by the dramatic engine of both the world around him and the one constantly turning inside of him.


He is a recent winner of a *USC Zumberge Award* for the creation of a new original six-play cycle that portrayed how various epochs of music affected American History; and the recipient of a Gerbode Grant to write the libretto for "America Tropical", a new opera composed by David Conte. He is the screenwriter for "Dare to Love Me", a movie about the life of Tango singer Carlos Gardel which begins principal photography in 2009 - the film stars Raoul Bova and Lindsay Lohan.

Mayer 's claim to fame is the acclaimed *"Blade to Heat"* which premiered at the Public Theater in New York City. The revised version premiered on the Mark Taper Forum mains stage and subsequent productions have taken place in San Francisco, Chicago and Mexico City.

He is certifiably *an important voice in American Theatre *and his work is extremely relevant today because it comes from a multicultural background - not to mention the fact that over time his artistic creations will come to represent a rich historical record of who we are and where we're headed as citizens of the United States.

Mayer describes himself as a playwright with the emphasis on "play". "All these plays are dramas, " says Mayer, "but hopefully they're really funny along the way - the best way to solve stuff is with a smile".

Mayer is a graduate of Cornell and Columbia Universities, and attended Worcester College, Oxford. His literary archive can be accessed through Stanford University Libraries. His other well known plays include THE ROAD TO LOS ANGELES, BANANAS AND PEACHFUZZ, BOLD AS LOVE, THE RIGHTING MOMENT and ROCIO! A PESAR DE TODO.

From the textmex obsessed imagination of William A. Nericcio at 1:31 PM No comments:

Ask A Mexican Deserves My Love, But Only Incurs My Narcissus-flamed Wrath! 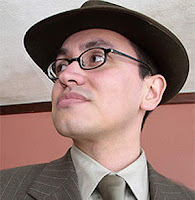 A big abrazote to Gust*** Are***** for hyping my book once again in his infamous column Ask A Mexican, syndicated from San Ysidro, CA to the Bronx; but a big chingazo as well for eliding my humble name! Click the image below for the whole scoop!

From the textmex obsessed imagination of William A. Nericcio at 12:12 PM 2 comments: