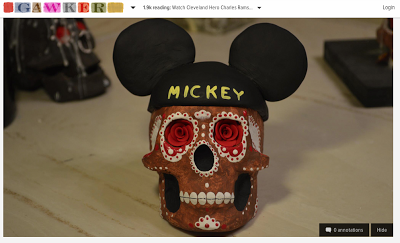 ¿Qué onda Disney? Since when did Dia de los Muertos become a product? I get it. You're cooking a movie seasoned with Mexican flavoring. Heck! I'll buy some Calavera PJ's and backpacks for myself, but this move is serious cultural over-stepping. ¿Si o No?

The Untitled Dia de los Muertos Project is due to slate in 2015 and Disney has applied for ten patents securing the name of Dia de Los Muertos to use in whatever way the company sees fit for marketing purposes. 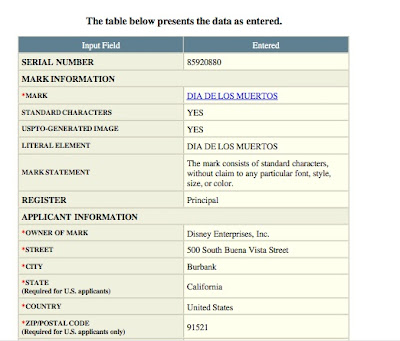 Back in May 2012, the LA times featured this story:

Movies: Past, present and future 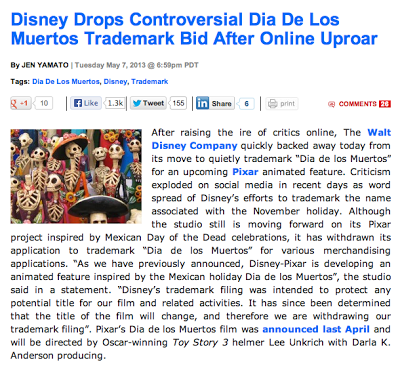 From the textmex obsessed imagination of Daphne Strassmann at 6:54 PM