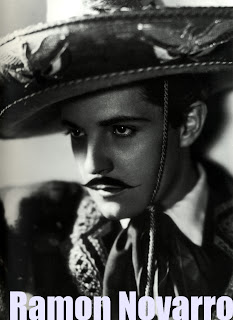 I stumbled upon a nice piece on Latinas/os in Hollywood in the Bay Area Reporter by Tavo Amador.
From the textmex obsessed imagination of William A. Nericcio at 5:23 AM No comments: 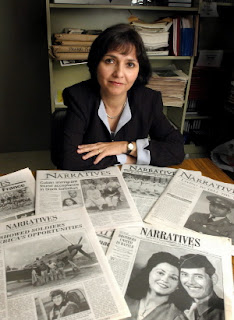 Great news! Maggie Rivas Rodriguez is speaking at the San Diego State University Campus, Wednesday, September 19, 2007. All the info on her "Latinos in Mass Media" lecture is right here.
From the textmex obsessed imagination of William A. Nericcio at 9:58 AM No comments:

Brown is the New Green 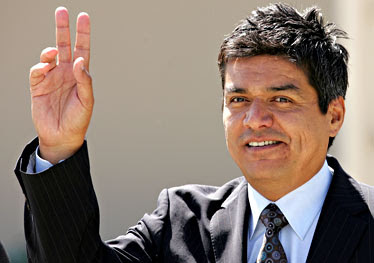 A Mount San Antonio College literature professor, dedicated Galleryblog Simi Valley correspondent, and closeted Chicano wanna-be, Michael Wyatt Harper, writes in to remind me that I have not written a smidgen about a new documentary on PBS this week that chronicles, among other things, the rise of Latinos and Latinas in American mass culture--the PBS skinny is here. Many suspect PBS is trying to placate critics of Ken Burns by airing these Latino-laced shows, this owing to Burn's myopia when it comes to Mexican-Americans and other swarthy n'ere-do-wells he omits from his opus. More soon after I screen the show tonight.
From the textmex obsessed imagination of William A. Nericcio at 8:27 AM No comments: 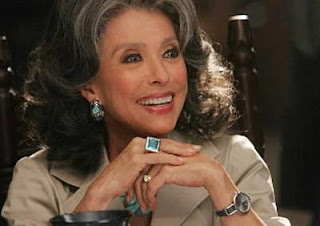 Another fast link to breaking stories with regard to Cane, a new, "Latino" oriented prime time vehicle featuring Jimmy Smits and Rita Moreno.
From the textmex obsessed imagination of William A. Nericcio at 10:51 AM No comments: 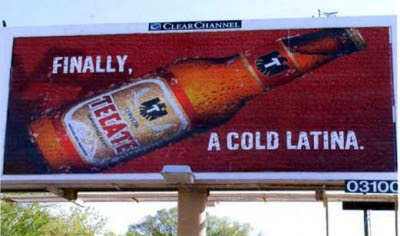 Just a quick link to a trail of talk at Advertising Age on Latino stereotypes.
From the textmex obsessed imagination of William A. Nericcio at 10:40 AM No comments:

When I called my chapter on Speedy Gonzales, "Autopsy of a Rat," first for Camera Obscura and then for the revised chapter in Tex[t]-Mex, I knew I had made a mistake. The rat ain't dead! Now, it appears, he's thriving even more despite my textual vivisection.

So much for the omnipotence of cultural criticism.

In any event, jump here for the latest skinny on Speedy, Bugs, Batman, Scooby, and the rest of the Warner and Hanna-Barbera stable of animated wonders!
From the textmex obsessed imagination of William A. Nericcio at 6:17 AM No comments:

When Does a Taco Become a Culture A recent Salon.com article by Mark Dery, would seem at first glance, to be the most complex culinary paean to a taco ever authored in English.

What it really is emerges between the lines: an encomium on the cultural and ethnic machinations of Southern California--a tasty treat of an essay.

Dery dices and chops up culture at NYU. His website is worth a perusal as well. Anyone who can fetishize a taco (in Tex[t]-Mex, I do the same for Tumble Inn french fries) is a friend of mine. If you are in San Diego, go to Ponce's on Adams Avenue and ask for the special hamburger that's not on the meñu--the Mexican burger! A tasty melange that is one part velvet, one part Cinco de Mayo, and one part Uncle Sam. If the love child of Ronald McDonald, Lupe Vélez, Cantinflas, and Cuahtemoc were a hamburger, you could devour that morsel at Ponce's. Their secret? A cheese chile relleno between the meat and the bun! Yowza!

Their margaritas rock as well!
From the textmex obsessed imagination of William A. Nericcio at 9:08 AM No comments:

Updated Post from January 5, 2007 | Holy Mengele! or Cesar Chavez Rolls in His Grave on the Way to the Orthodontist

REPOST (original) "Holy Mengele! or Cesar Chavez Rolls in His Grave on the Way to the Orthodontist"

It is a given that I will be pilloried for posting this, but if we are going to traffic in comments on stereotypes, race, gender, and ethnicity, and if we are to do so with no little particular emphasis on the manifestation of these beasts in popular culture and the humanities, then we also have to come clean as well about Mexican, Latina/o, and Chicana/o figuration when it comes from our be-lab-coated hermanos y hermanas trafficking in the hard sciences.

Hence the following academic delight from The Angle Orthodontist: An International Journal of Orthodontics and Dentofacial Orthopedics authored by Martha Mejia-Maidl, Carla A. Evans, Grace Viana, Nina K. Anderson, and Donald B. Giddone (html or pdf, pick your flavor), that finds, among other things, that "Mexican Americans...preferred upper or lower lip positions to be less protrusive than the Caucasians, particularly for female computer animation images."

Which may mean, among other things, that Edward James Olmos may not be dating Meg Ryan--at least not in the short term, and that Mexican-Americans have discerning taste, when it comes to visually-stimulated, fetishistic attachments to ersatz Botox-injected chicos y chicas--Miranda Martinez fans, notwithstanding. 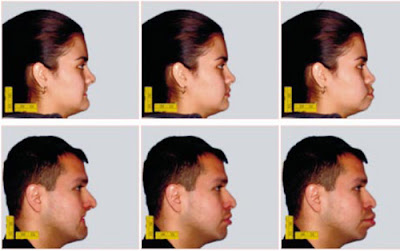 More seriously, while said article may just be the result of test subjects confronting badly Photoshop™-mangled images, it also shows how the "hard-sciences" continue to traffic in the concretization of race and ethnicity--Eugenics may well be primed for a comeback if these wacky dentists have their way.

Apparently, Ryan now will soon star in a film that features a "wild" trip to Baja in search of next-wave cosmetics.
From the textmex obsessed imagination of William A. Nericcio at 9:29 PM No comments: