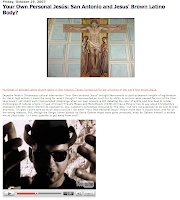 I just got a cyberpostcard from Lázaro Lima of New York, author of The Latino Body, pointing me to some fine anti-iconoclastic doings down in San Antonio where I am lecturing at UTSA on November 5, 2007. No doubt some church site/sightseeing is in this Mexican's future!

Lima's meditation on "Personal Jesus" as Depeche Mode's "Chicanesca cultural intervention" is a keeper--the video rocks as well! It's funny that I had wiped the memory of Depeche Mode's song from my head when it is so visually in harmony with the whole Tex[t]-Mex project.

Gracias Lázaro!
From the textmex obsessed imagination of William A. Nericcio at 8:51 AM No comments: 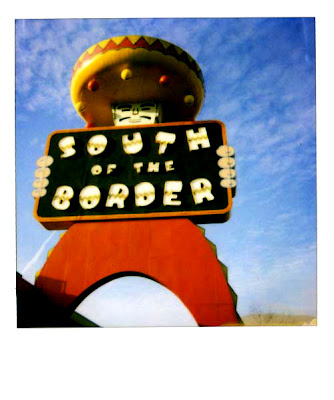 Regular reader and contributor David O. Garcia sends me an email enquring innocently if I am "familiar with the giant Mexican caricature at the North Carolina/South Carolina border? Here is the website."

Sweet Mother of God--I don't know if I should call them to sell my book or book a charter flight over there for a month-long anthropological investigation. 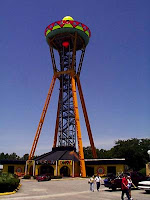 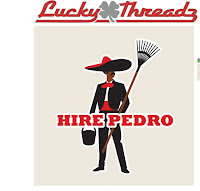 Equally hard to take? Be sure to read the pitch to buy.
From the textmex obsessed imagination of William A. Nericcio at 8:35 AM 3 comments: 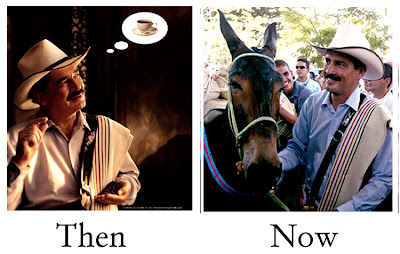 Back in the day in Connecticut, when the vision of Tex[t]-Mex was just a sparkle in its Daddy's eye, I remember giving papers at conferences on the vagaries of the Colombian Coffee Growers' Federation icon Juan Valdez and the covert labyrinthine erotics (including CIA psychological operations) of Manuel Noriega's red underwear--thematic predilections that signaled all that was to come, silly, comedic, and serious, in my peculiar academic career. "Valdez," the one I grew up with, was a curious chap, played by an actor named Carlos Sánchez, and whose voice was dubbed by Norman Rose. 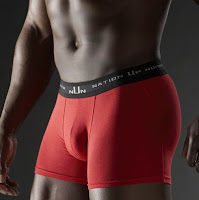 What was most curious about this Latino icon was that Sánchez was Panamanian not Colombian (cue here the fading shade of Jean Baudrillard wagging his finger, epithets of "simulacra" exiting his mug). That's when things got really gnarly--"Panama" was part of "Colombia" until the U.S. government intervened and started pulling strings here and there in order to pull off and profit from the Panama Canal deal.

I had always meant to write up that conference talk, a nightmare rich in the kind of ironies--especially with regard to U.S. foreign policy--that keep you up at night.

So it was with nostalgic pleasure today that I opened my StumbleUpon browser and found a missive from Professor Michael Harper, my co-conspirator at Mount San Antonio College, who tips me to this timely story of the NEW adventures of Juan Valdez!

Ethnic mannequins of the world, unite! The video on the 2nd page is a priceless concoction worthy of Faulkner, Dali or Buñuel.
From the textmex obsessed imagination of William A. Nericcio at 8:59 AM No comments:

Halloween is around the Corner and... 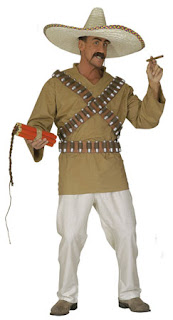 Halloween is a around the corner! What self-respecting reader of the Tex[t]-Mex Galleryblog would want to be caught OUT of this costume available over the drink from the UK. Holy steenkin badges Batman!
From the textmex obsessed imagination of William A. Nericcio at 11:27 AM No comments:

Tip of the Sombrero: Charles Ramirez-Berg 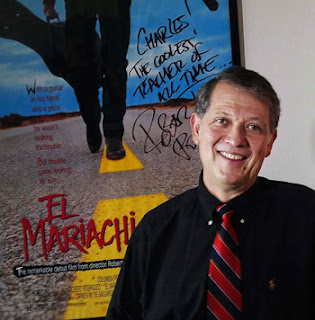 On November 1, 2007 at 4pm, I am going to be reading from Tex[t]-Mex at the Cactus Cafe in good old Austin, Texas, in the heart of campus at the Texas Union. If the gods are kind and he doesn't have a class maybe I will finally get to thank Charles Ramirez-Berg for the help he gave me in researching early Hollywood filmed representations of Mexicans in U.S. cinema. In particular, he shared his primary research film dubs of several of the early Greaser film shorts that were the rage for Americans before 1920--the introduction to my book, provided by UT Press online, documents these "classics." In any event, Ramirez-Berg is a legend at UT and beyond, and this recent feature by the University on his work is worth a careful perusal. A tip of the Sombrero and un abrazo fuerte to Professor Ramirez-Berg.
From the textmex obsessed imagination of William A. Nericcio at 11:12 AM No comments: 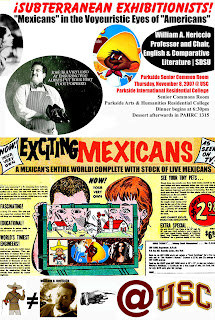 I am invading USC on November 8, 2007 for a talk at one of their residential colleges. Here's a graphic by Guillermo Nericcio García for the reading, signing, and lecture.

Dinner begins at 6:30 in the Parkside Senior Common Room, with the presentation/discussion from 7:15-7:45. From 7:45 to 8:30 there will be a dessert reception
From the textmex obsessed imagination of William A. Nericcio at 9:14 AM No comments:

It was the early 1990s and unbeknownst to me, travailing in an Eastern Connecticut land grant university, Tyson Foods came out with a line of Looney Tunes tv-dinners. One of these, touting enchiladas, featured the loving mug of our good friend Speedy Gonzales. You can read about it here--a high-res image of the box is also available here on your right.

What's most curious about this box is just how dark and brown Speedy becomes in this incarnation of his corporate-America-forged "Mexican" being. 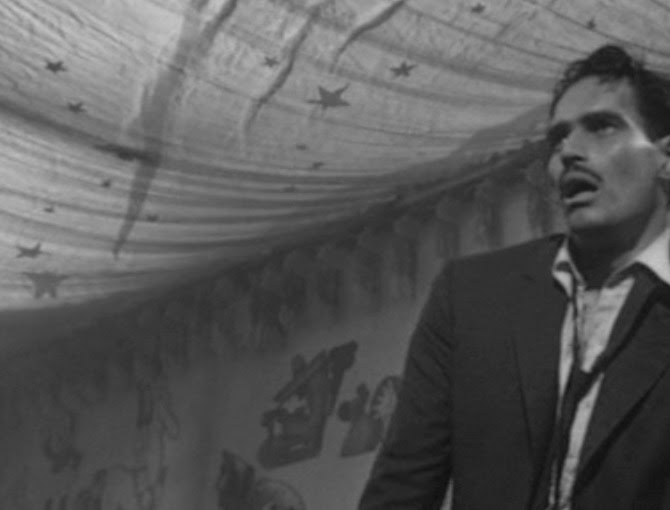 Something about hawking sub-edible frozen culinary delights moved the hand of his marketers to give Speedy something akin to the brown-face applied to Charlton Heston in Orson Welles's' Touch of Evil. Commonly, he does not appear this way--especially not in his heydays during the 1960s. Just more to worry about as we attempt to parse the evolution of stereotypes in the good ol' USA.
From the textmex obsessed imagination of William A. Nericcio at 9:39 AM No comments:

Mel Blanc: The Voice that Launched a Thousand Types

Drawn. ca via neatorama via youtube is broadcasting a very cool interview with Mel Blanc, the voice of Speedy Gonzales, the Frito Bandito, Bugs Bunny, Sylvester and hundreds of other memorable cartoon characters for Warner Brothers and other companies. I get asked a lot at readings if I hate Speedy Gonzales and Warner Brothers for all of the stereotypes they popularized in their short, animated classics and I always say 'please read the book.' My "Autopsy of a Rat" is a cloaked love letter to Friz Freleng, Robert McKimson, Tex Avery, Chuck Jones, and the thousands of artists and technicians that changed the face of animated entertainment for the ages.

One of Blanc's Mexican character-voices appears towards the end of the video, part of a bit he developed with Jack Benny for his variety show--his "Mexican" is no dope either as this schtick is complex. The gnarly threads binding the fates of Jewish American animators and Mexican-American subjectivity are the true object under analysis in "Autopsy of a Ray" and in Text[t]-Mex. The least interesting question to put here is whether Freleng, Blanc, et al were racists--does Pepe Le Peu besmirch the psyche of your average Frenchman? The more interesting question and the ongoing challenge for those of us who travail in cultural studies is how race and ethnicity (and gender and sexuality) weave there way into every aspect of what passes for entertainment.

From the textmex obsessed imagination of William A. Nericcio at 9:45 AM 1 comment: