What is Eyegiene? Eyegiene: Permutations of Subjectivity in the Televisual Age of Sex and Race by William Nericcio 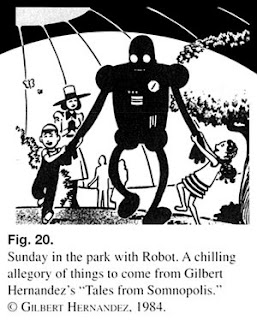 Eyegiene is the working title of my next book now that I have just finished The Hurt Business: Oliver Mayer's Early Works [+] PLUS for Hyperbole Books, an imprint of San Diego State University Press--I hang my hat there as an editor when I am not slaving away on this blog, directing MALAS my beloved cultural studies MA program, or shilling my book on the lecture trail. 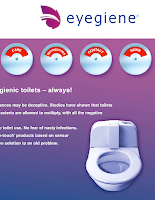 The neologism "eyegiene," recently ripped off by a Euro toilet sanitation company (!), is a theoretical attempt to fuse together various interests and tendencies I have observed and written about with regard to late 20th- and early 21st-century culture. As I have tried to show in these pages, practicing proper eyegiene refers to a circuit of scenes, a matrix of spectacles wherein the logic and policing of seeing is meditated--imagine a cultural studies volume that fuses together an obsession for Michael Powell's Peeping Tom, a predilection for Man Ray's collaborations with Meret Oppenheim, dreams about Frida Kahlo's illustrated diary, and interrogations of Chris Ware's illustrated visions, and you begin to parse the myriad and electric bodies (both bodies of ink and bodies of light) that Eyegiene voyeuristically surveys. 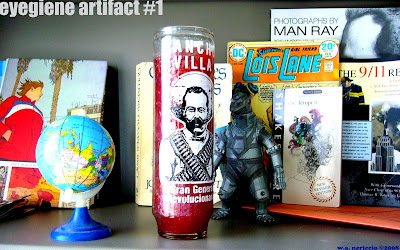 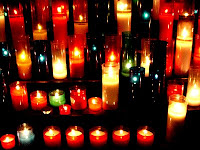 The syncretic fusion of Catholic spirituality with Mexican revolutionary iconography--not to mention the other "pagan" spiritual traditions of Mexico's rich cultural spaces--ends up on the shelf of a Laredo H.E.B. Proof positive that the gods have a rich sense of humor.

more soon...
From the textmex obsessed imagination of Memo Nericcio at 1:16 PM 1 comment: