Folks who know me and my work know that I am BIG fan of satire--especially contemporary American satire.  With Bill Hicks, Kurt Vonnegut, and others kicking the bucket, it's especially important that we recognize and support our latest and greatest cultural troublemakers: and LALO ALCARAZ of La Cucaracha and editorial cartooning fame is one of the best.

Lalo's in town hanging with all the locos at Comic-Con and will be taking time out to hang at the Centro Cultural de la Raza for a night of fun--come on out!  It's five bucks to get in, but no one will be turned away if they are a little short! It's this Saturday, July 23, 2011 @ 6pm at the Centro! 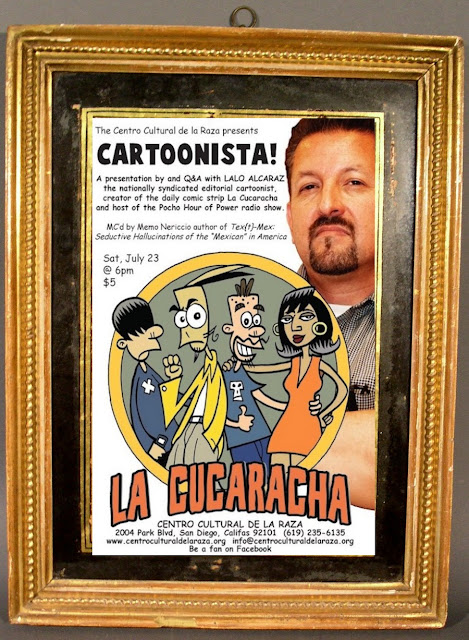 update!
sneaky and cool, Lalo
works in a plug for the Centro show
into his nationally syndicated comic strip!

link
From the textmex obsessed imagination of William A. Nericcio at 5:29 PM No comments: 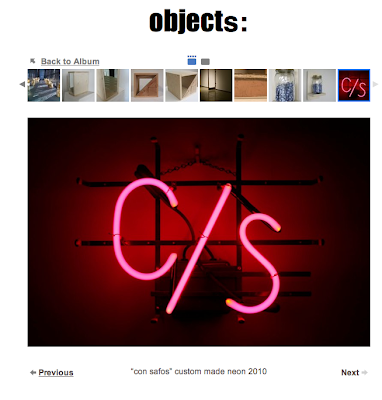 
kristy perez checks in with a statement about this amazing piece of art..... also, below, click for a high-res print of the work!

Every time I am asked to do a show on the westside of San Antonio I aways think of my family first. This time a poem came to me that goes like this:

"There is a place at 34th and El Paso street. And that place is Me."

During my childhood both my grandmother (my Dad's mom) and my grandfather (my Mom's dad) lived near the intersection of 34th and El Paso street on the Westside of San Antonio. My grandfather lived in an apartment on 34th and my grandmother lived in her house on El Paso. That intersection was always a place I remember because if I was ever standing there or riding by on my bike or in a car I always had this odd feeling of separation. Somehow, regardless of the close proximity of my grandparents two homes I formed this idea of distance between. What I recognize now as an innate feeling of desire for two parts to be whole. I would comfort myself as a child by thinking how this intersection was never very far from either place and so 34th and El Paso St. became a marker for me. It was the physical place that was a connector between my grandmother's world and my grandfather's world. So I claimed it. It was my territory because I recognized, at that intersection there was both a lot to gain and a lot lose no matter which direction I went. I gave this place respect.

When I was asked by the Guadalupe Cultural Arts Center to do this show I had a strong desire to use this realization and wondered how it could inform my work. I began to ponder the idea of place or marker and how it relates to our memory. I began to focus on this idea of an intersection as a metaphor for choice. As I began working I mostly felt that whether or not the work would provide a narrative it absolutely had to talk about "respect of place."

Somewhere along the way the work began to evolve into this desire to give a gift to the cultural community as a whole. To pay homage. It became apparent to me that as a child I claimed 34th and El Paso as "mine" as children often do.... but as an adult I would be amiss to not consider all the people who came before me from that area and all the people who have come and will come after me.

It was within a split second and without a doubt that using the sign "C/S" (short for con safos), which literally translates as "with Respect" was inevitable. Growing up I had somehow figured out the meaning of "C/S" not surprising as I had seen it scribbled on many sidewalks, brick walls, bathroom stalls, love letters etc. A sign for claiming that, which is.........."forever". I decided to have my first custom neon made.

By the way, there are several takes on the connotation of "C/S" but most would agree on this.... once it is up, it can't be touched. And so it goes that if you are lost, you just look for a landmark to point you in the right direction......... as it turns out, the marker at
34th and El Paso St. did. this work is dedicated to the people of " 210"

many thanks to: my family, all of GCAC & the Chavez Project Space crew: Chris Davila, Ruben Luna, Pedro Luera, Patty Ortiz, the "King of Neon" Mr. Ray Lynch & to my fellow star Fadela Castro for her amazing contribution to the Project 1 show....... 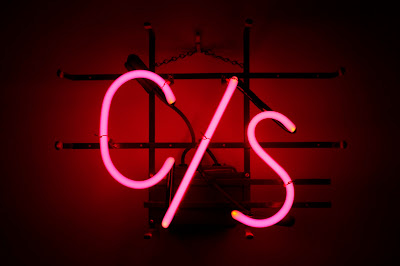 From the textmex obsessed imagination of William A. Nericcio at 3:44 PM No comments:

From the textmex obsessed imagination of Marc García-Martínez at 2:02 PM No comments: 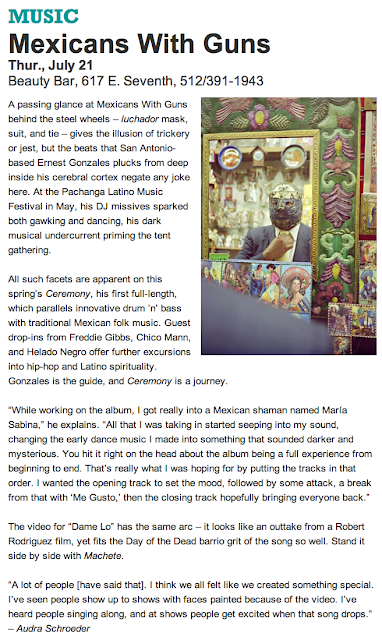 From the textmex obsessed imagination of William A. Nericcio at 1:32 PM No comments:

Fellini! Fellini! Me & Adolfo Guzman-Lopez Ponder the Vagaries of Fellini for KCET 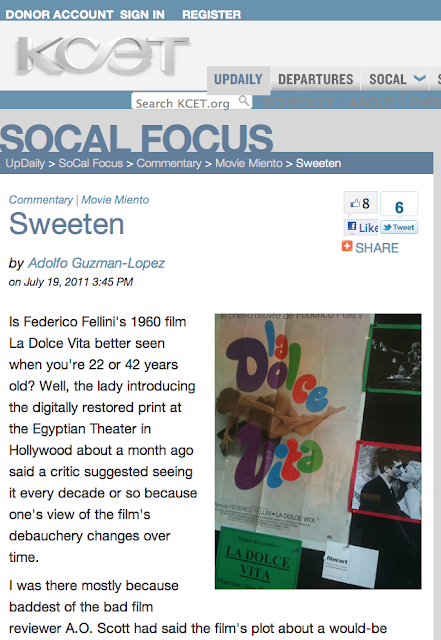 click the image for the REST of the story...
From the textmex obsessed imagination of Memo Nericcio at 9:00 PM No comments:

Rita Hayworth via TUMBLR from THE LADY FROM SHANGHAI

From the textmex obsessed imagination of William A. Nericcio at 11:08 AM No comments:

From the textmex obsessed imagination of William A. Nericcio at 2:11 PM No comments:

From the textmex obsessed imagination of Memo Nericcio at 11:39 AM No comments: