Gustavo Arellano Back on the Mini-Boobtube, aka YouTube, Eating Taco Bell! 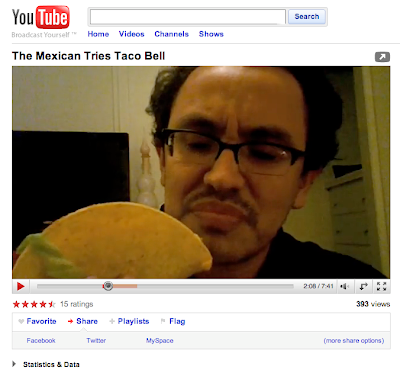 From the textmex obsessed imagination of William A. Nericcio at 5:25 PM No comments: 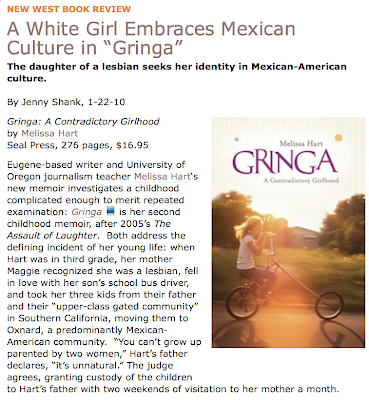 From the textmex obsessed imagination of William A. Nericcio at 10:05 AM No comments:

English-Only, The Atticus Bookstore and Cafe, Yale University, and the Spanish Language 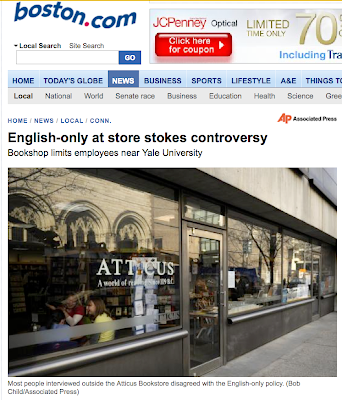 From the textmex obsessed imagination of William A. Nericcio at 10:00 AM No comments:

Skin Lightening Pathology (gies): aka Another Chapter in the History of Race and Ethnicity in the Americas 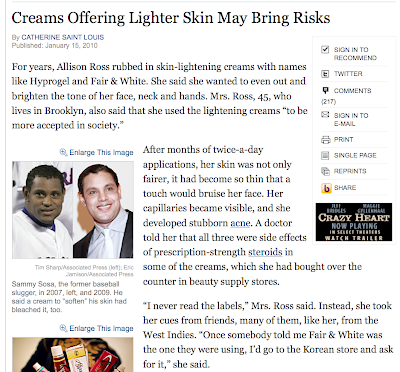 GILDA and TOUCH OF EVIL are just two of the film classics available here in a new posting at the Golden Age Comics blog--an amazing semiotic resource for cultural studies researchers, collectors, and film mavens alike. Hit the images above for larger peeks at these graphic classics.
From the textmex obsessed imagination of William A. Nericcio at 9:50 AM No comments:

Marc García-Martínez on Hispanic Terrorisms! Or Why Osama Looks So Latino!

‘His-Panic’ terrorisms! (Another U.S. Gov't-run Cautionary Tale to send us all to a mirror)
Dr. Marc García-Martínez,
Allan Hancock College

Ah, Bill...¿que onda maestro? Feliz Año Nuevo. Here we are in a new year, a fresh, unsullied decade...yet the same old authoritarian racially prejudiced discourse of old already exposing its (figurative and literal) face to remind us that nothing has changed. Witness the latest image controversy, profé, and more consequential concerns of how Hispano-Latino features are once again perceived and employed to invoke darkness, terror and deceit—all in the rather ironic and enduring shadow of Hernando Cortéz himself! Mira, seems our very own repercussive and despotic F.B.I., in order to create a more up-to-date wanted poster showing what Osama bin Laden might look like today, picked-out and utilized an existing photo of a certain Spanish caballero, Gaspar Llamazares. Llamazares belongs, more or less, to Spain's communist-run United Left party and is naturally demanding that the U.S. and F.B.I. somehow investigate itself and take appropriate action to explain and rectify the incident. Here’s an excerpt from the Associated Press news story from 19 January 2010 by Ciaran Giles, AP Writer: Says Llamazares: "I want a thorough investigation into this disgraceful case, which not only causes concern but also worry and indignation over the behavior of the FBI," he said, adding that he did not rule out legal action. The FBI used parts of a photo of Llamazares taken from Google Images to create a digitally modified image of the al-Qaida leader for a new wanted poster, which appeared on the State Department Web site and offered a reward of up to $25 million. The FBI said the forensic artist had been unable to find suitable features among the reference photographs of bin Laden, and in part used features from a photograph found online. The FBI has since removed the doctored photo of bin Laden from the site, but Llamazares said he wanted guarantees that the images were not still in the hands of intelligence services at airports or other places abroad. He said it bothered him to think what would have happened if the FBI had used the photo of an ordinary person, and not a public figure able to draw attention to the matter. "Most likely an unknown citizen on stepping into an airport would have received a good fright, if not something worse," the politician said. "If this is how security against terrorism is guaranteed, whose hands are we in?" Llamazares, known as an anti-war activist in Spain, said he also wanted to know if the FBI has a habit of keeping files on leftist politicians in the U.S., Europe, Latin American or elsewhere. He said he doubted the FBI had found his photo by chance on the Internet. Same story from The El Paso Times

Place the blame on Google images? Nah—the eyes, the beard, the olive skin, the politics, etc. Caray, Frantz Fanon, Foucault, and Freud were right...again. Anyway, take care, Bill. I’ll be keeping a watch for the F.B.I.’s use of a recent Julio Iglesias photo for the now aging and cagey Bill Ayers.
From the textmex obsessed imagination of William A. Nericcio at 9:01 AM No comments:

SHADES OF PREJUDICE in the NY TIMES 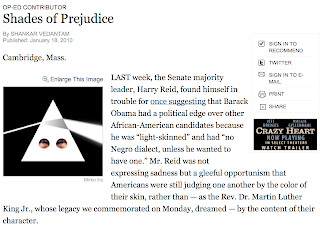 The Harvard neuroscientist Allen Counter has found that in Arizona, California and Texas, hundreds of Mexican-American women have suffered mercury poisoning as a result of the use of skin-whitening creams. In India, where I was born, a best-selling line of women’s cosmetics called Fair and Lovely has recently been supplemented by a product aimed at men called Fair and Handsome.

This isn’t racism, per se: it’s colorism, an unconscious prejudice that isn’t focused on a single group like blacks so much as on blackness itself. Our brains, shaped by culture and history, create intricate caste hierarchies that privilege those who are physically and culturally whiter and punish those who are darker.
From the textmex obsessed imagination of William A. Nericcio at 12:13 PM No comments:

Email ThisBlogThis!Share to TwitterShare to FacebookShare to Pinterest
Labels: NYTimes 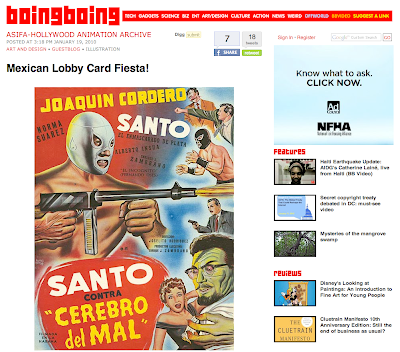 From the textmex obsessed imagination of William A. Nericcio at 8:19 PM No comments:

Cool New Review of Mendible's FROM BANANAS TO BUTTOCKS 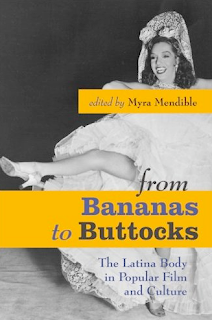 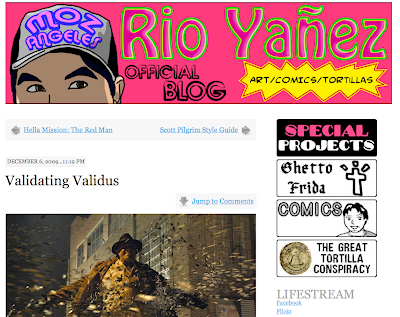 From the textmex obsessed imagination of William A. Nericcio at 10:03 AM No comments: 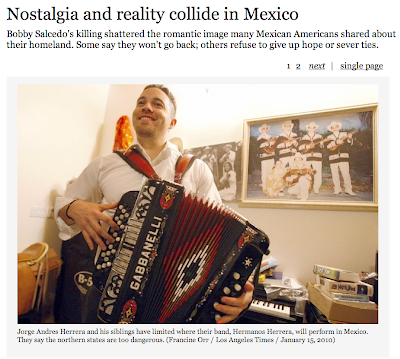 From the textmex obsessed imagination of William A. Nericcio at 9:53 AM No comments: