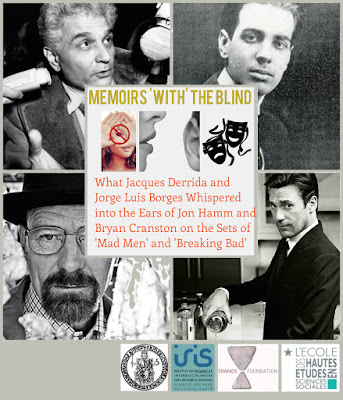 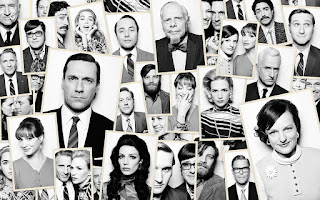 Spring 2016 arrives and my suitcases need bandages and duct-tape as I prepare to hit the road with a series of #mextasy and #eyegiene presentations and exhibitions here in the United States and abroad. April 5th and 6th, I will be in Paris at EHESS, the  École des hautes études en sciences sociales (The School for Advanced Studies in the Social Sciences), for an atelier on American Television and Mass Culture. The first lecture on April 5, 2016 reviews my upcoming new book with the University of Texas Press, "Eyegiene: The Televisual Age of Sex and Race." The second lecture on April 6 is brand new and has the name, "Memoirs “With” the Blind: What Jacques Derrida and Jorge Luis Borges Whispered into the Ear of Jon Hammand Bryan Cranston on the Sets of Mad Menand Breaking Bad"

Next up are a series of presentations at Cornell University--my first real trip back there since I received my PhD in 1989.  This Mextasy popup exhibition and lecture is called, "From Tex[t]-Mex to Mextasy: 21st Century Mexicans, Mexican-Americans, and Latinas/os in the Age of the Smartphone and the Digital Humanities," and goes down Wednesday, April 13, 2016 at 12:00pm in the Latina/o Studies Conference Room, 429 Rockefeller Hall, Cornell University, Ithaca, New York.

Information on the San Diego State University BINACOM #Mextasy Pop-Up Exhibition and my upcoming rantings and ravings in Kansas may be found on my electric mothership: http://malas.sdsu.edu/textmex/#upcoming or in the images below... 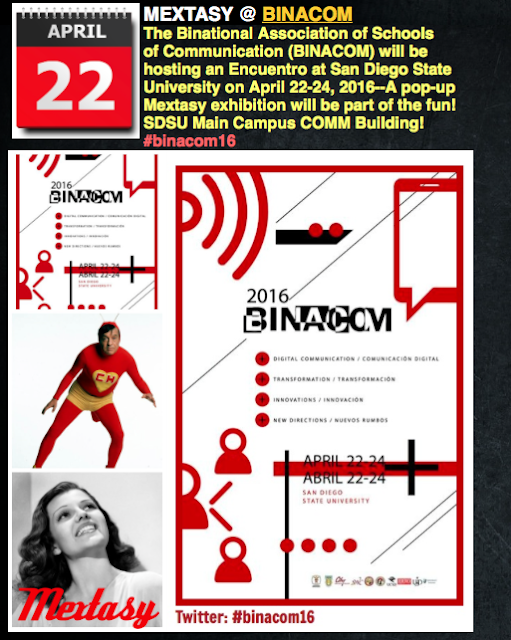 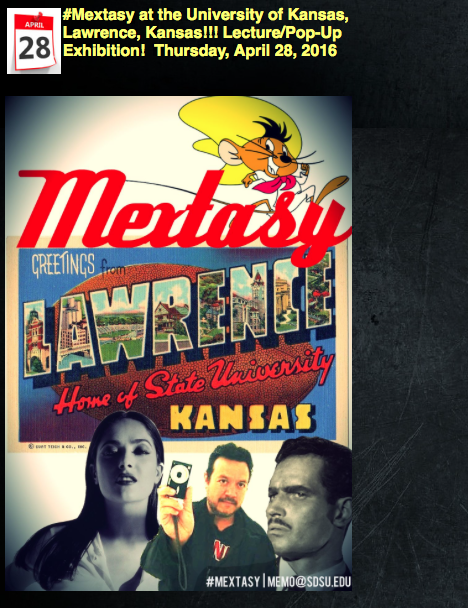 From the textmex obsessed imagination of William A. Nericcio at 9:18 AM No comments: