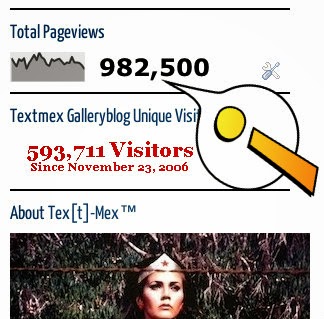 It has been close to 8 years that this blog has lived, and nearing our 1,000,000 page load, it seemed the right time for a facelift!  Thanks to Jeremy Hurd from whose Flickr feed I lifted the cool painted luchador backdrop!  And thanks to all of you for making Tex[t]-Mex what it is and will always be, your one stop site for snarky reflections on the miasma of Latina/o stereotypes painting the cultural spaces of the Americas and beyond! You can also follow our exploits here on Facebook and here on Twitter. 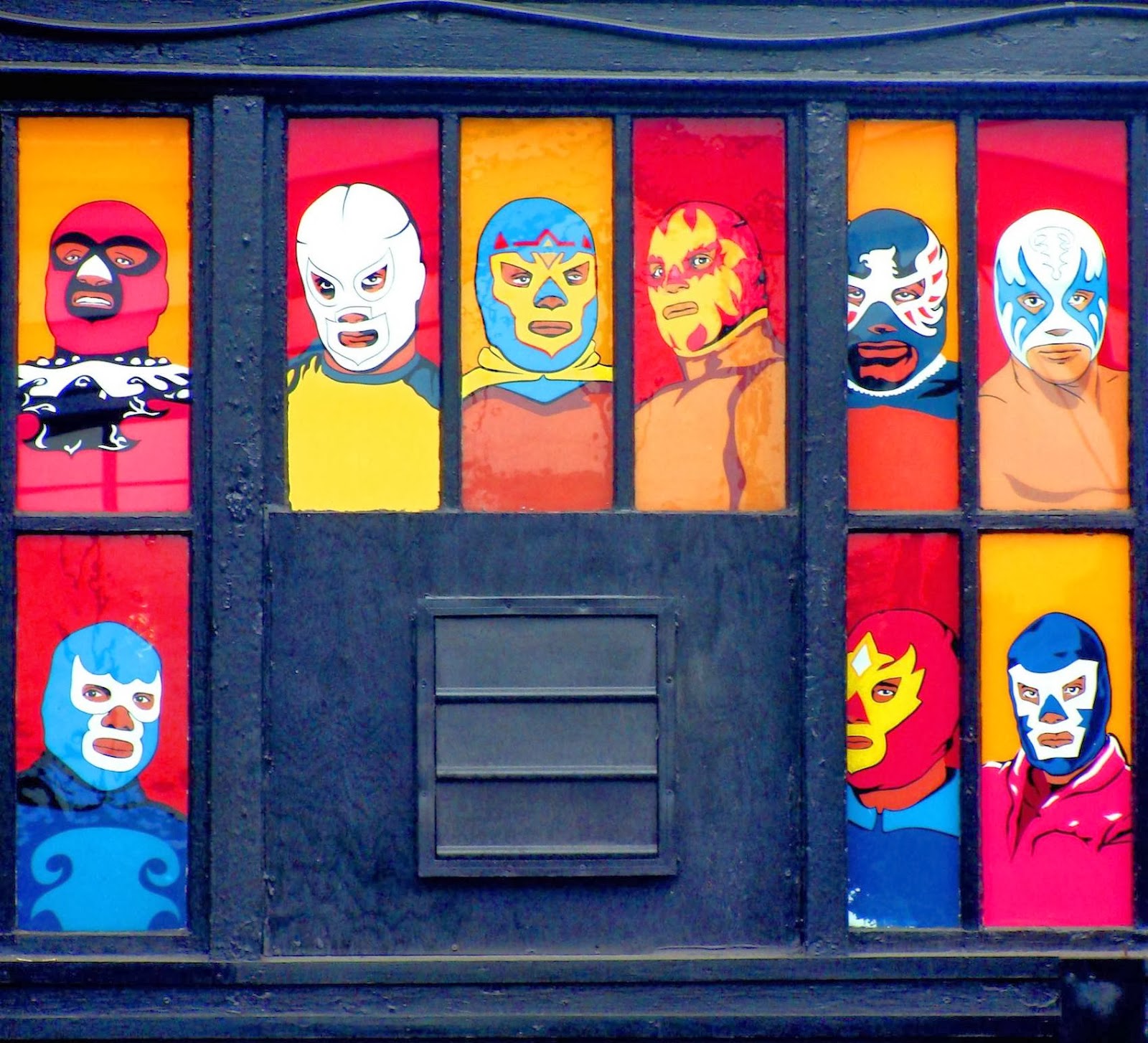 From the textmex obsessed imagination of Memo Nericcio at 9:27 AM No comments:

Pat Boone, Trini Lopez, Speedy Gonzales, and a Great Hit from the Sixties 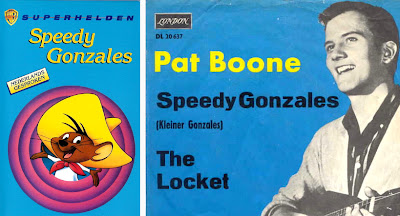 Raul, an SDSU Latin American Studies graduate student in my e725 Ethnic Lit and Film seminar, enters the Galleryblog with a quick post/complement for Tex[t]-Mex's chapter on Speedy Gonzales:


To: memo@sdsu.edu Subject: Speedy Date: Thu, 15 Feb 2007 02:07:44 -0500 X-MB-Message-Source: WebUI From: Raul I think this would be great for the tex[t]-mex blog and maybe the second edition of the book if can include it: "In 1959 and 1960 Pat Boone continued to sell many records, although his production of top ten songs slowed down a bit. Some of his songs during this period included With The Wind And The Rain In Your Hair and Twixt Twelve and Twenty. In 1961 he came back with Moody River, which was to be his fifth and final number one song. His final top forty song was a novelty record, Speedy Gonzalez in 1962. The female backing voice on this song was Robin Ward, and it peaked at number six."

The lyrics speak for themselves! ack!  Have a listen if you can stomach it!

...and Here's some backstory on the song.

Speedy Gonzales
Mancini/Nicola
It was a moonlit night in old Mexico.
I walked alone between some old adobe haciendas.
Suddenly, I heard the plaintive cry of a young Mexican girl.

You better come home, Speedy Gonzales
Away from tannery row
Stop all a your a-drinkin'
With that floozy named Flo
Come on home to your adobe
And slap some mud on the wall
The roof is leakin' like a strainer
There's loads a roaches in the hall

"Hey, Rosita - I hafta go shopping downtown for my mother
She needs some tortillas and chili peppers."

"Hey, Rosita - come quick
Down at the cantina they giving green stamps with tequila!!"


From the textmex obsessed imagination of William A. Nericcio at 9:20 AM 2 comments:

Something new this way comes from George Lopez (with Danny Trejo); here's the new trailer:

From the textmex obsessed imagination of William A. Nericcio at 9:49 AM No comments: