more recent takes...
From the textmex obsessed imagination of Memo Nericcio at 7:09 AM No comments: 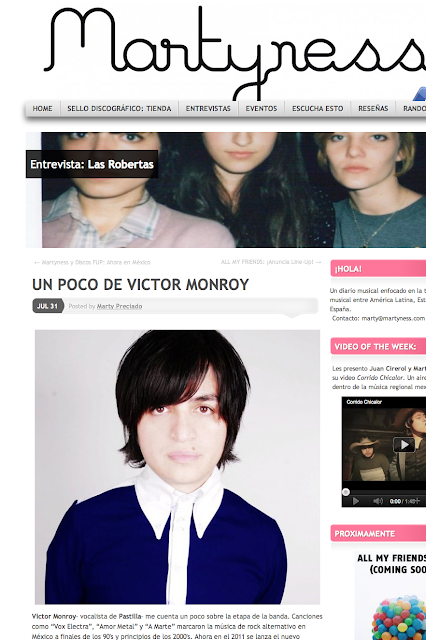 From the textmex obsessed imagination of Memo Nericcio at 12:48 PM No comments:

On Sale @ AMAZON.COM | Tex[t]-Mex: Seductive Hallucinations of the "Mexican" in America

From the textmex obsessed imagination of Memo Nericcio at 8:27 AM No comments:

Latina/o Vixens and Varmints: Another Chapter in the History of "Mexican" Figuration in the Americas 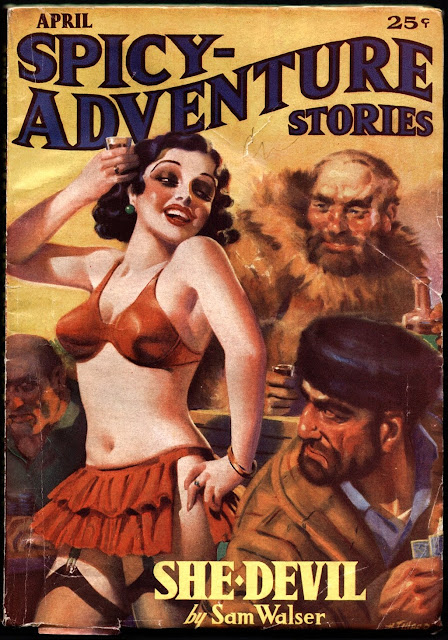 Believe it or not, The She Devil, actually written by pulpmeister
Robert E. Howard is still available on Amazon! Here's a taste...
Title: She Devil
Author: Robert E. Howard

Outside, where dawn was just dispelling the fog-wisps from the South
Pacific waters, the sea was calm, but a typhoon was raging in the
cabin of the Saucy Wench. Most of the thunder was supplied by Captain
Harrigan--vociferous oratory, charged with brimstone and sulphur,
punctuated with resounding bangs of a hairy fist on the table across
which he was bellowing damnation and destruction at Raquel O'Shane,
who screamed back at him. Between them they were making so much noise
they did not hear the sudden shouting that burst forth on deck.

"Shut up!" bawled the captain. He was broad as a door and his
undershirt revealed a chest and arms muscled and hairy as an ape's. A
growth of whiskers bristled his jaws, and his eyes blazed. He was a
spectacle to daunt any woman, even if she had not known him as Bully
Harrigan, smuggler, blackbirder, pearl-thief and pirate, when
opportunity offered itself.

"Shut up!" he repeated. "One more yap out of you, you Spanish-Irish
gutter-snipe, and I'll bend one on your jaw!"

Being a man of primal impulses, he demonstrated his meaning by a
fervent swipe of a mallet-like fist, which Raquel dodged with the
agility of much practice. She was slim and supple, with foamy black
hair, dark eyes that blazed with deviltry, and an ivory-tinted skin,
heritage of her mixed Celtic-Latin blood, that made men's heads swim
at first sight. Her figure agitated by her movements, was a poem of
breath-taking grace.

"Pig!" she screamed. "Don't you dare lay a finger on me!" This was
purely rhetorical; Harrigan had laid a finger on her more than once
during the past weeks, to say nothing of whole fists, belaying pins,
and rope's ends. But she was still untamed.

She too banged the table and cursed in three languages.

"You've treated me like a dog all the way from Brisbane!" she raged.
"Getting tired of me, are you, after taking me away from a good job in
San Francisco--"

"I took you--" The enormity of the accusation choked the captain.
"Why, you Barbary Coast hussy, the first time I ever saw you was that
night you climbed aboard as we were pullin' out and begged me on your
blasted knees to take you to sea and save you from the cops, account
of your knifin' a Wop in that Water Street honky-tonk where you were
workin', you--"

"Don't you call me that!" she shrieked, doing a war-dance. "All I did
in that joint was dance! And I've played square with you, and now--"
{emphasis added}. 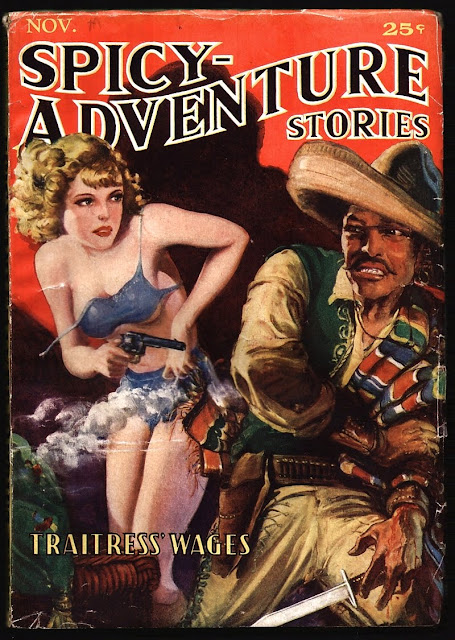 source
From the textmex obsessed imagination of Memo Nericcio at 10:47 PM No comments: 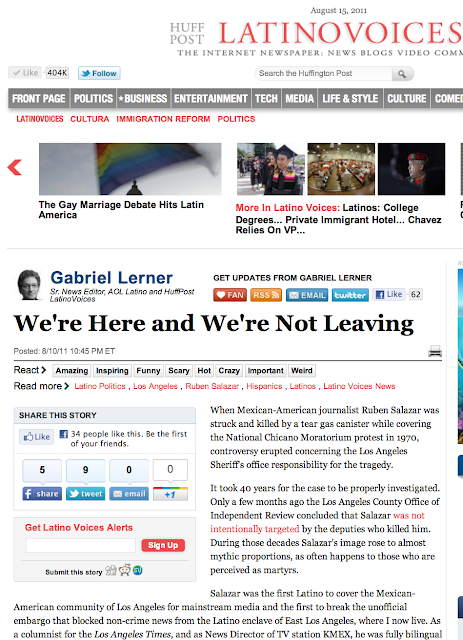 From the textmex obsessed imagination of William A. Nericcio at 1:16 PM 1 comment:

From the textmex obsessed imagination of Memo Nericcio at 11:22 AM No comments: