The beginning may be little bit Bergman and a teensy bit Hitchcock but the rest is pure Chavo Nostalgia. Revelations abound.

From the textmex obsessed imagination of Daphne Strassmann at 7:16 PM No comments: 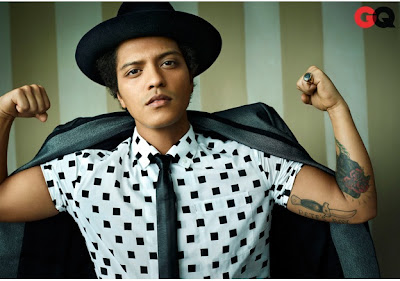 In the April issue of GQ magazine, Bruno Mars a.k.a. Peter Hernández, explains juicy bits, like a tweet to his fans about the object of his song: 'Locked Out of Heaven' *("As in da pussay leche") and the origin of his birth-given name.

He dealt with the obligatory expectations of the industry by changing his name, instead of caving in to singing Latin tunes -which is what any Hernandez does- and because he was told that idols like Enrique Iglesias were so "hot" at the time. So enter the last name Mars, "perhaps figuring that the best way to avoid being stereotyped by race is to sound as though you come from a different planet altogether..."

How sad though that we still have to walk away from a birth-right to gain acceptance in the mainstream. Bruno Mars' own melting pot is filled with rich worldly ingredients of the backgrounds of his parents: "Puerto Rican Jewish percussionist from Brooklyn and a singer and dancer from the Philippines who met in Hawaii'. Wow. I want some of that but I don't get it from Hernandez and I certainly don't get it form Mars.


*Note: Did search to link back to the original tweet, but Google bombarded me with images and links that will take some brain bleach to erase. I'll leave it up to the TextMex reader to find for yourselves.
Image: GQ magazine
From the textmex obsessed imagination of Daphne Strassmann at 3:31 PM No comments:

As Shakespirito Once Said: A Taco by Any Other Name...

McDonald's is looking to crush the Subway market share with the "Mc Wrap" some meat, lettuce, and tomato wrapped inside a flour tortilla. 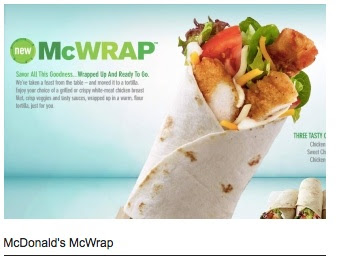 From the textmex obsessed imagination of Daphne Strassmann at 1:49 PM No comments:

If Margarita Carmen Cansino can become Rita Hayworth, then Peter Hernandez can emerge as Bruno Mars... via NBC LATINO

click the image below for the hotlink to NBC LATINO... 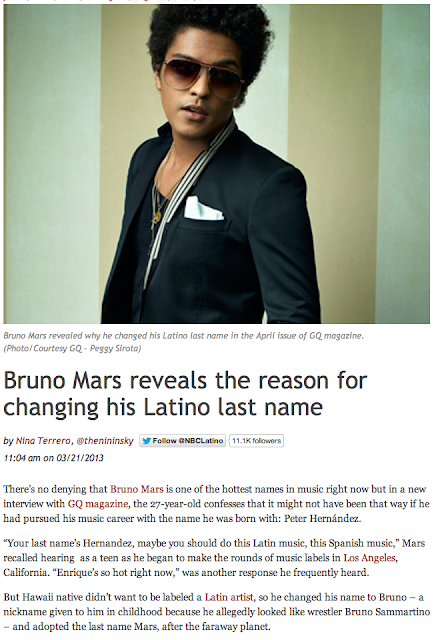 From the textmex obsessed imagination of Memo Nericcio at 11:16 AM No comments:

The History Channel made Satan look like someone we know

Twitter lit up with comments when folks caught glimpse of an episode of  The Bible, a series for the History Channel. Apparently to some viewers,  the character of Satan bears a striking resemblance to our president. One wonders if the creators were thinking of casting dark characteristics as a poetic reference to evil, or perhaps evil, in this case, is the usual dark-skinned trope. Dear textmexers: You be the deciders. 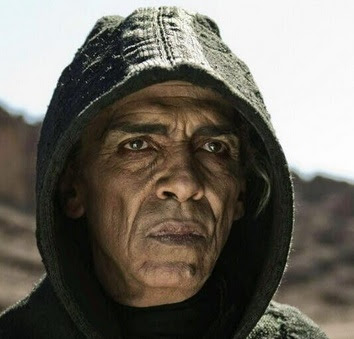 From the textmex obsessed imagination of Daphne Strassmann at 9:17 PM No comments:


Channeling a sexy version of  Doña Florinda, Quico's romantic mother, Salma Hayek can't help sprinkling motherhood with 50's glamour. Ninja pouring skills aside, apparently the diminutive legs dangling off to the side, belong to Valentina, Ms. Hayek's first born. Not to worry, Valentina might be a little bit French, but her mother Salma intends to raise her daughter with all of the Mexicanness she can possibly instill in her little one. 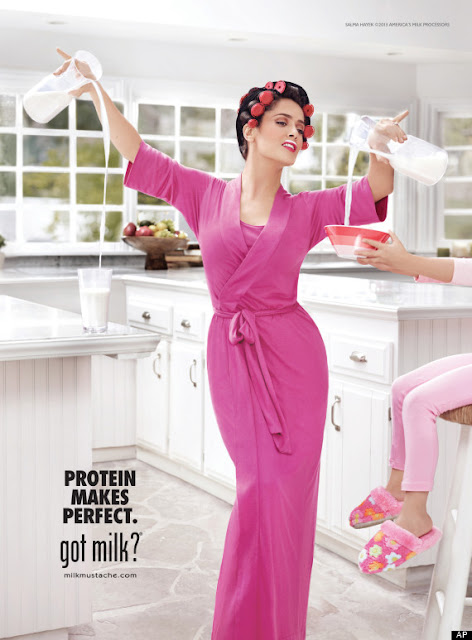 Image courtesy of the Breakfast Project

From the textmex obsessed imagination of Daphne Strassmann at 6:30 PM No comments:

One of the more remarkable Rita Hayworth photographs archived on this site--as with most photos published here, click to enlarge... 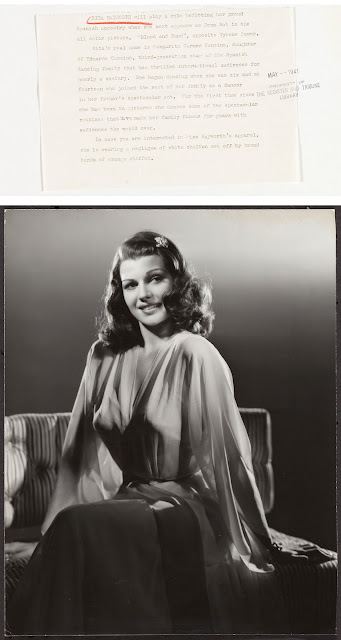 From the textmex obsessed imagination of Memo Nericcio at 1:56 PM No comments: