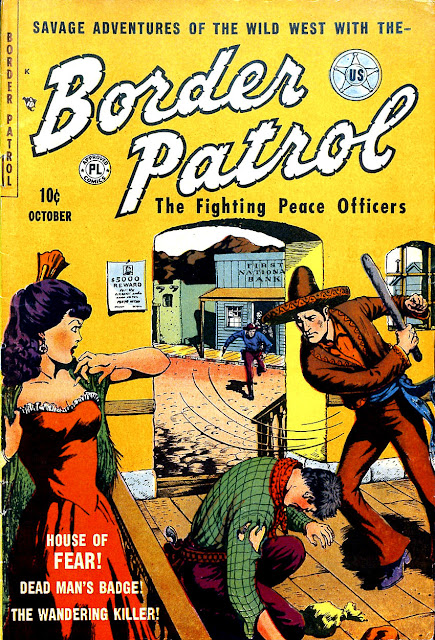 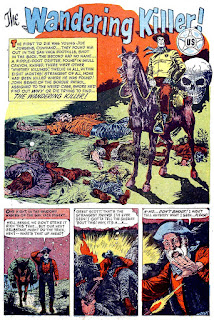 Pappy is at it again--posting delectable artifacts from American comic book history that are also revelatory chronicles unraveling the collusion of race, ethnicity, violence, and more in popular "entertainments."  Basically, if you follow the argument from Tex[t]-Mex and read enough of these semiotic comic wonders, you come to understand where dumb folks like Donald Trump got all that crap that's flowing around their addled imaginations--in particular, the sludgy miasma they imbibe/vomit that derives from their hallucinations of racialized bodies.

This time up it is issue 3 of BORDER PATROL, a humdinger of a tale from the U.S./Mexico border with savage greedy Mexicans, savage violent Native Americans, and "John Brand" "Peace Officer" and Border Patrolman (uber Gringo extraordinaire). 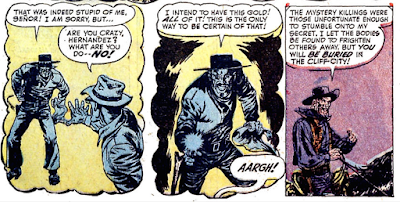