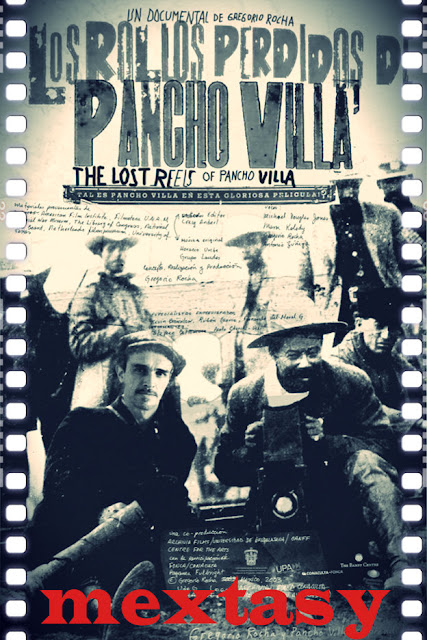 The introduction of Tex[t]-Mex is a thinly disguised love letter to Paul Virilio, whose War & Cinema infected my synapses in a determinate fashion back in the go-go days of deconstruction, when frenchie intellectual fare was the order of the day. In it, I barely scratch the surface on Doroteo Arango (aka Pancho Villa) and his collaborations with motion pictures and Hollywood Studios.  A better resource? Rita Gonzalez's brief piece on Gregoria Rocha's ROLLOS PERDIDOS DE PANCHO VILLA/The Lost Reels of Pancho Villa, from 2003 available via SubCine. I'll update this posting after I screen the film next week! The film is conveniently available in four parts via YouTube...

From the textmex obsessed imagination of Memo Nericcio at 8:01 AM No comments: