Here at Stereotypes Central, The Stuff Comes Over the Transom Faster Than I Can Handle!

The link is all I can add at the moment--comments to come.
From the textmex obsessed imagination of William A. Nericcio at 3:10 PM No comments: 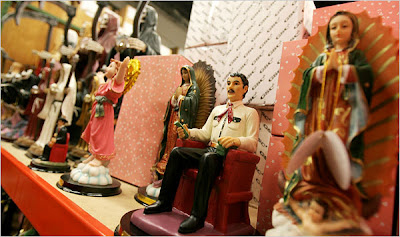 Tex[t]-Mex: Seductive Hallucination of the "Mexican" in America tries to plumb the depths of Mexican figuration in the Americas--the job is endless! Witness today's New York Times with its feature on the origins and rise of Malverde, the patron saint of narcotraficantes. More on this, scarface, hollywood, and more, to come.

A Xicanosmotic riff on Malverde can be visited by hitting the image below: 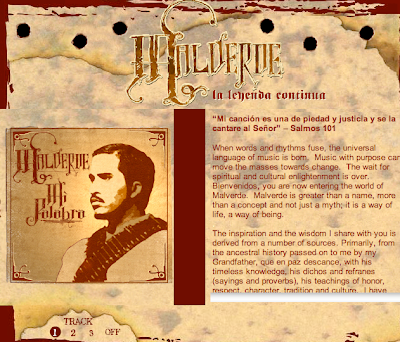 From the textmex obsessed imagination of William A. Nericcio at 9:43 AM No comments:

Is it possible for the bandit trope of the Mexican to be innocuous? Perhaps, but always already* simultaneous with this notion of innocence lurks the spectre of a 'darker' past, a swarthier potentiality. That said, I will pass on my Ethnic Studies instincts and share this YouTube video of a Frito-Lay corporation Frito Bandito television ad from the 60s out of sheer nostalgia--me and my sister Josie used to fight over the prizes in cereal boxes and here, tortilla chip 6-packs. The only thing sinister in this commercial is the memory of hermanita getting to the box first!


*Gracias Derrida!
From the textmex obsessed imagination of William A. Nericcio at 6:03 AM No comments:

If You've Been on the Bandwagon, Let it Show, Let it Be

From the textmex obsessed imagination of William A. Nericcio at 7:34 PM 1 comment:

Update to a January 2, 2007 Posting on 'Skin-coloured' Band-Aids 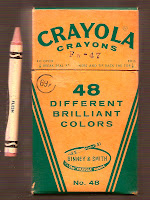 In an evolutionary supplement to my Mexi-band-aid post from over a year ago, word comes of progress with regard to and understanding of the evolution of skin-color variation among humans walking the planet.
From the textmex obsessed imagination of William A. Nericcio at 9:18 AM No comments: 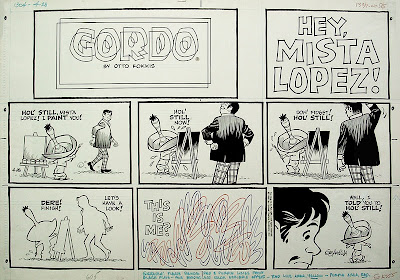 Along with Los Bros. Hernandez, Gus Arriola was the best-known Mexican American cartoonist/writer in the United States--distirubuted by United Features Syndicate alongside of 'Peanuts: Featuring Good Ol' Charlie Brown,' Arriola's Gordo was a feature of American newspapers for decades--including The Laredo Times where I read the strip every day growing up back in the day.

A long, detailed interview with Arriola is available here; RC Harvey's review of a recent compilation of Arriola's strips is here. 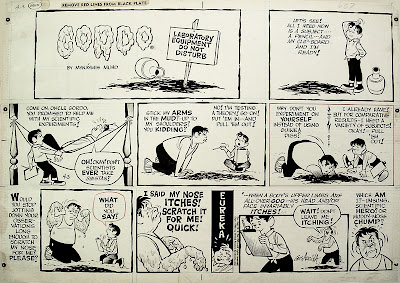 Arriola died yesterday at the age of 90; I ran across a nice obit on him, his life and the strip at The Herald of Monterrey Bay. 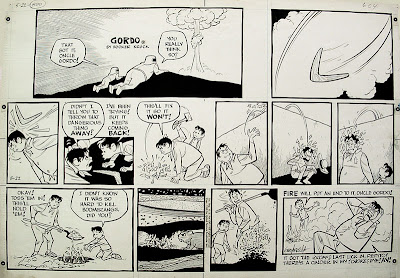 From the textmex obsessed imagination of William A. Nericcio at 10:35 AM No comments: