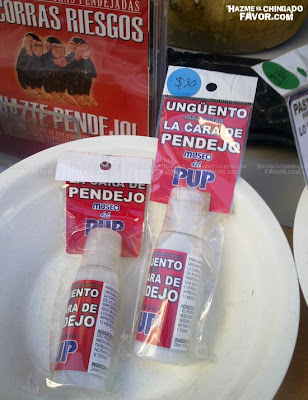 First of all, Hazme el Chingado Favor Punto Com, is by far a totally padre name for a Blog. Sí o No? Thanks to HECF.com for finding this serviceable unguent for those unfortunate souls who go through life afflicted with a "Cara de Pendejo."

Via: Guanabee
From the textmex obsessed imagination of Daphne Strassmann at 2:23 PM No comments: 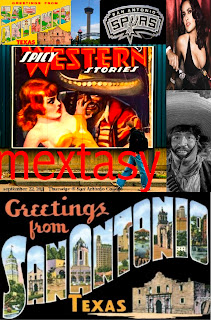 It's almost time for liftoff for my tour of Texas with Mextasy and more!  If you live in San Antonio or Austin, be sure to try to come out to give me a shoutout!  Big abrazos in advance to all my profs, students, readers, & friends, down Texas way.....
POSTER FOR THE SAC AND UTSA GIGS... 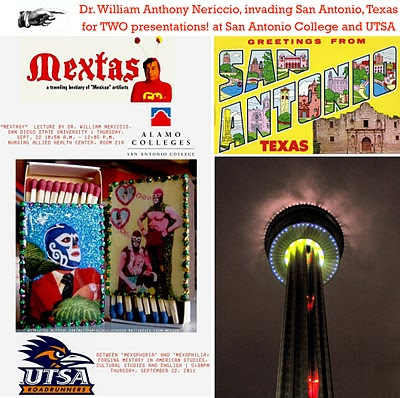 POSTER FOR THE SAC GIG 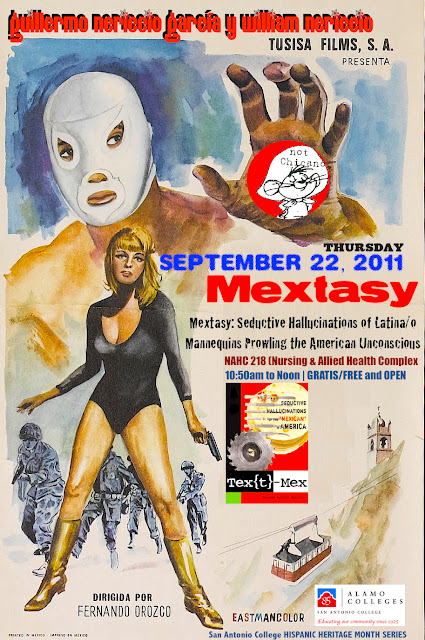 POSTER FOR THE UTSA GIG 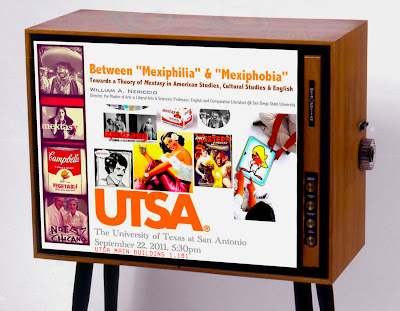 POSTER AND LECTURE INFO FOR THE AUSTIN/UT GIG 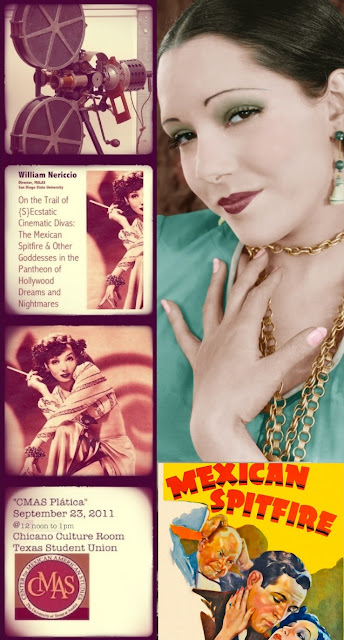 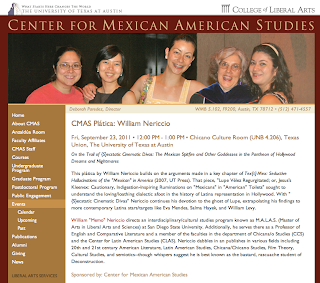 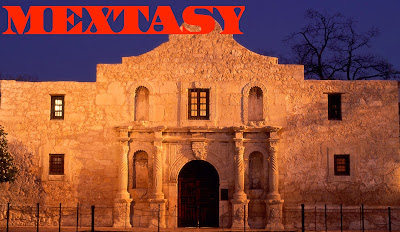 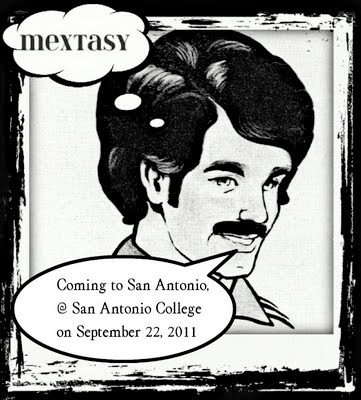 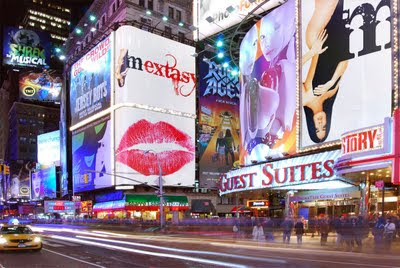 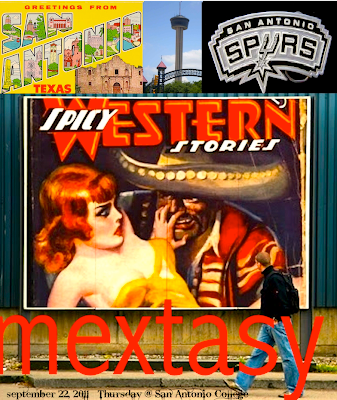 From the textmex obsessed imagination of Memo Nericcio at 12:47 PM No comments:

From the textmex obsessed imagination of Memo Nericcio at 11:07 PM No comments:

On the Trail of {S}ecstatic Cinematic Divas: The Mexican Spitfire & Other Goddesses in the Pantheon of Hollywood Dreams and Nightmares | CMAS Plática | September 23, Friday @ 12noon to 1pm UT AUSTIN 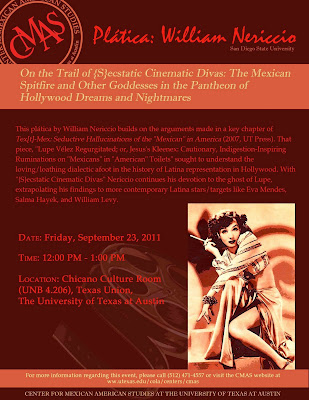 From the textmex obsessed imagination of Memo Nericcio at 9:40 AM No comments:

There were a lot of sins committed in the production of Tex[t]-Mex: Seductive Hallucinations of the "Mexican" in Amerca--sins of omission! One of the biggest screwups of the first edition (2007, UTPress) is leaving out a discussion Raquel Welch, San Diego State alum and former La Jollan, who, for some, made the late 20th century worth living. The wikipedia bio on Welch, né Jo Raquel Tejada, is Mormon-like in its details:

Welch, oldest of three children, was born Jo Raquel Tejada in Chicago, Illinois, the daughter of Josepha Sarah (née Hall) and Armando Carlos Tejada Urquizo.[1] Her father, who immigrated from La Paz, Bolivia, was an aerospace engineer of Spanish-Castilian descent[2]; her mother was an Irish-American.[3] Welch is a relative of the only female president of Bolivia,
original posting: 11/25/09
repost: September 21, 2011

Lydia Gueiler Tejada.[citation needed] In 1942, Armando Tejada was transferred to San Diego, California. The family moved to the suburb of La Jolla, where Welch grew up. She took dancing lessons as a child, and was winning beauty pageants by the time she was a teenager. Among her titles were "Miss Photogenic," "Miss La Jolla," "Miss Contour," and "Miss San Diego." In 1957, she was named "Miss Fairest of the Fair" at the San Diego County Fair. After attending La Jolla High School, she entered San Diego State College on a theater arts scholarship. The following year she married a high school sweetheart, James Welch.

Welch became synonymous with televised and cinematic sexuality about the time my voice began to change and hair started sprouting on my upper lip--so needless to say she plays a role in my development. But she also plays a dynamic role in the evolution of the Latina bombshell, injecting a Vietnam era openness and power that changed the trope forever. More on this soon. 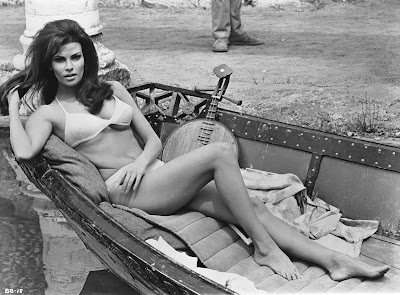 {colorized}
Here is a boingboing.net find of Welch in a groovy dance sequence from a 1970s television special, "Raquel Welch." According the Welchi/cinephile who posted it on YouTube, Ms. Tejada's in Mexico, dancing in front of the "Ruta de la Amistad public sculpture project at the 1968 Olympics in Mexico City."


Mireya Navarro's 2002 NY Times piece on Tejada/Welch covers most of the angles on this tale in the back history of the uncloseting of Latinas in Hollywood:

June 11, 2002
Raquel Welch Is Reinvented As a Latina; A Familiar Actress Now Boasts Her Heritage

By MIREYA NAVARRO
On ''American Family,'' the PBS television series about a Mexican-American family in East Los Angeles, now in its first season, Aunt Dora is the drama queen of the family, a passionate, romantic woman who might have become a Hollywood star had she vigorously pursued her acting career. The actress playing Aunt Dora is Raquel Welch, who infuses the role with her familiar sultriness and smoky voice.

Nevertheless the sight of Ms. Welch in that role might bewilder some fans who remember her best for films like ''Fantastic Voyage,'' ''One Million Years B.C.,'' ''Kansas City Bomber'' and ''The Four Musketeers,'' as ''Woman of the Year'' on Broadway and in nightclub acts in Las Vegas. Dora, you see, is a Latina, a title Ms. Welch herself is claiming for the first time after nearly 40 years in show business.

''I'm happy to acknowledge it and it's long overdue and it's very welcome,'' she said in a recent interview at the Watergate Hotel in Washington. ''There's been kind of an empty place here in my heart and also in my work for a long, long time.''

Jo-Raquel Tejada, born in Chicago of a Bolivian father and an American mother, is taking to her heritage with gusto. Not only is she playing Dora as well as the film role of Hortensia in the 2001 romantic farce ''Tortilla Soup,'' she is also strutting her ethnicity in events like the American Latino Media Arts Awards and other public appearances.

''Latinos are here to stay,'' she told her audience at a National Press Club luncheon last month. ''As citizen Raquel, I'm proud to be Latina.''

As both citizen Raquel and Raquel Welch, sex symbol and pinup girl, Ms. Welch has bridged two eras. She has worked in the Hollywood that made her a blonde and tried to take away her first name as well as in the Hollywood that now considers Latinos hip and pays Jennifer Lopez up to $12 million a picture.

Ms. Welch grew up with a father who tried to assimilate at all costs, even banning Spanish at home. But now, at 61, she is riding the wave of new Latino generations that flaunt their ethnic pride and behave with the confidence of a major demographic force. [more] 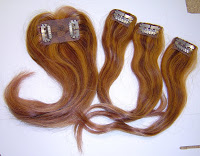 From the textmex obsessed imagination of William A. Nericcio at 6:11 AM 3 comments: 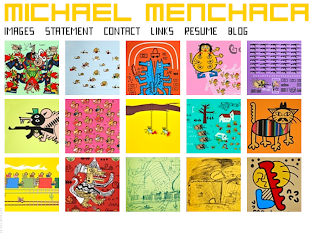 One of the cool things about traveling is the cool new folks you get to meet and whose work makes you rethink your ideas--I was delighted 10 minutes ago to find a greeting and work from Michael Menchaca in my in-box {hit the image above for more}. This is a direct result of my upcoming junkets to San Antonio and Austin. As I am always seeking to add to my knowledge of contemporary art and photography, let this be a rolling out of the welcome mat to other gifted Texan/Tejana/o visionaries to send me links to their work!

From the textmex obsessed imagination of Memo Nericcio at 6:05 PM No comments:

The cheesecake Latino bombshell? Peek below, in a beta-print for the San Antonio Mextasy show this September.... 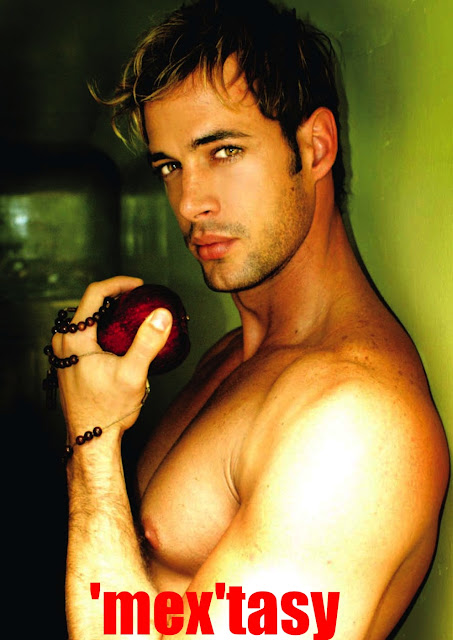 From the textmex obsessed imagination of Memo Nericcio at 3:12 PM No comments: 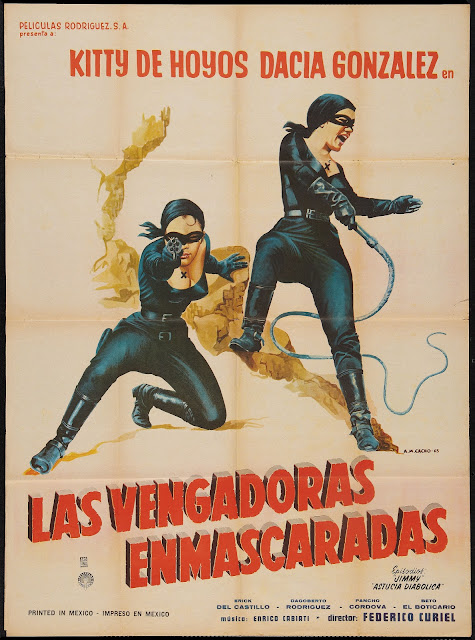 From the textmex obsessed imagination of Memo Nericcio at 8:52 AM No comments:

click to enlarge | source
From the textmex obsessed imagination of Memo Nericcio at 8:46 AM No comments: 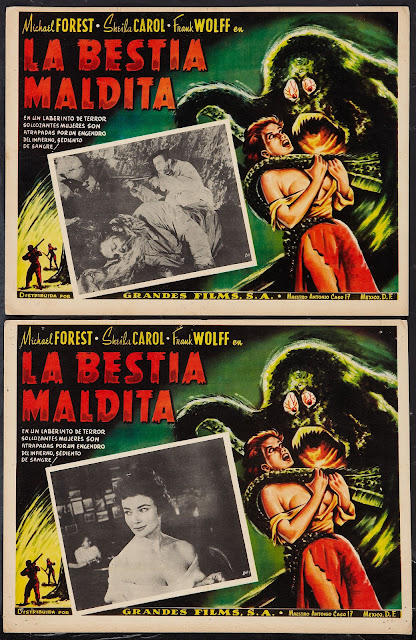 source
From the textmex obsessed imagination of Memo Nericcio at 8:42 AM No comments: