The introduction to my UT Press book Tex[t]-Mex includes a throwaway paragraph wherein I gesture at some future study that would highlight Caucasian entries in the bestiary of bizarre Ethnic American figuration. After all, it is not just sleeping "Mexicans," bone-through-the-nose "Africans," and murderous "Italians," (to name a few) that suffer when subjected to the logic of stereotypes, white folks suffer as well as they pass through our diverse and complex American matrices of representation.

In the book, I included this image--part of a discarded box I found around back of a cool toy store in La Jolla, CA. 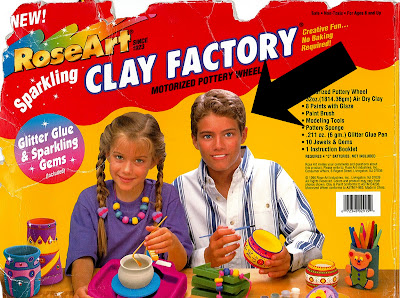 Let me add to this startling artifact (the boy, in particular, is hauntingly curious), the following entry from a recent Target® Sunday circular: 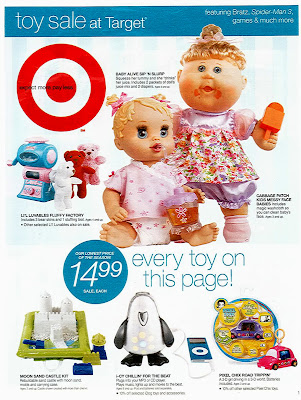 Damned peculiar and certainly worthy of semiotic scrutiny--any commentators with a take out there?

In lieu of a prose gloss, allow me to profer instead this brief semiotic parable instead: 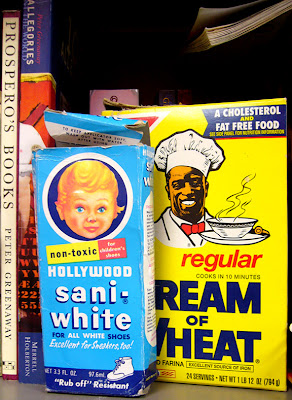 From the textmex obsessed imagination of William A. Nericcio at 4:00 PM No comments:

My Beloved and Twisted British Colleague

Every other year or so this son of Laredo, ¡Tejano y que!, goes to merry old England to study with SDSU and FIE. One of their ace professors, John Makey, is a good friend and matey and, shares this Chicano's affection for forgotten cultural artifacts. How else to understand the gift he made to me, on a student field trip no less, of the following find in London's Spitalfields Market: 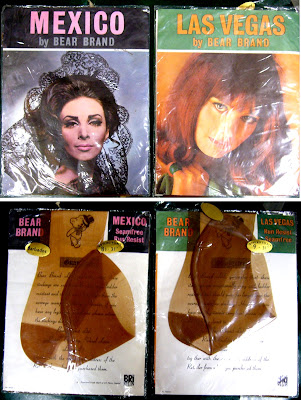 Like manna from the skies, Makey gifted me with these "Mexico" and "Las Vegas" brand stockings by a British firm from the 1960s. Perhaps it was a suspicion about my ilk's fascination with cross-dressing, or maybe some shared confession on his part, all I know is that if Tex[t]-Mex goes to a second edition (hint, hint UT Press!), the third and new seductive hallucination gallery will proudly feature these ladies' accessory.
From the textmex obsessed imagination of William A. Nericcio at 3:35 PM No comments:

High Resolution Stereotypes | Jose and Maria, at Your Service

It brings me pleasure to bring to your waiting eyes in all their high-resolution glory, two of the main features from the Seductive Hallucination Galleries 1 and 2 in Tex[t]-Mex. In the book, though gloriously laid out by Lisa Tremaine, the images appear in miniature when what they really deserve is the full light of day--let there be light! Click the image. 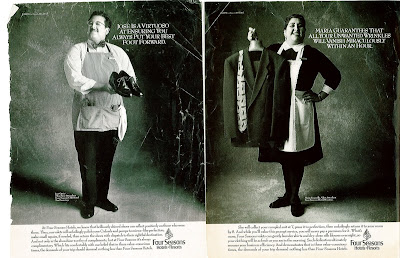 The dynamic duo of Jose & Maria are something I have been calling ethnic mannequins. They are "Mexican" in the broadest sense of the term--they provide service as shoeshine "boy" and maid, occupations thought of as a birthright for "Mexicans"; and they do so with a smile, without attitude, and with pleasure as they shine the shoes and fluff the pillows to bring a smile to your face within the corridors of the Four Seasons Hotel in San Francisco (where Jose once hung his hat) and Houston. These pages are scanned from original ads that ran regularly in the New Yorker from 1988 to 1991--if you know any of the production people in advertising firms that came up with this campaign, please have them contact me at bnericci@mail.sdsu.edu as I am dying to interview them.

What really moves me about these exhibition artifacts is reverberates at the edge of the gleam of their eyes. Is it pride? feigned pride? acting? I fear I will never know. But the pleasure in the act of cleaning, an almost fetishistic jouissance from a simultaneous enactment of hygiene and subsevience--we, the readers of the ad, sadistically profit from the pleasure of their subservience like some S&M gala gone mad.

Sade lurks on the corners of this semiotic tableau, as does the photography, with its Helmut Newton-esque overtones.

More soon. This is a tough one...
From the textmex obsessed imagination of William A. Nericcio at 3:33 PM No comments:

A quick link to the Intersections website authored by Daniel Hernandez--his musings on the anniversary of the Tlatelolco massacre are moving and keen.
From the textmex obsessed imagination of William A. Nericcio at 12:41 PM No comments:

Arellano in the News Again: This Time on CNN 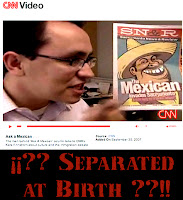 Ask-a-Mexican scribe Gustavo Arellano was featured on CNN yesterday. Click here for the video, and, most likely, if you screen it twice, a commercial.

Our Chicano mouthpiece with/for/against/in/as Mexican and Latina/o stereotypes does a nice job taking CNN's reporter on a Santa Ana, CA odyssey which includes (watch closely!): a culinary adventure with mango and chile; Arellano shamelessly flirting with fetching Kara Finnstrom (you manly Lothario, you!); a gawking, trucker-hatted Mexicano eavesdropping on the interview (a Derridean moment if there ever was one); and, lastly, Finnstrom, in an attempt to render Arellano more even-handed than he is (who the f*** wants to be even-handed), using clever editing to make it seem even Arellano thinks all Mexicans (cut to grainy archive shot of Ellis Island exiles) are god-damned lazy for not kowtowing to the beloved mother tongue, the tasty Kool-Aid/Mother's Milk of the royal language of the land, English! No snide comments please, that your Mexican galleryblogger is a Chair of an English Department himself please. I get it! I know!

Globetrotting Arellano will be reading/signing his hot tamale tome, Ask-a-Mexican, his new, best-selling Scribner's book, at 2pm in the Love Library, SDSU, November 28, 2007 as part of literature.sdsu.edu's Fall 2007 Living Writers series that include Bill Luvaas and Carolyn Forche.

Here's a taste of his sass-filled prose:

I'm a minority, and I know we can be overly sensitive sometimes, but I just can't stand Carlos Mencia. Not only are his jokes asinine, but I feel they are actually racist. Whereas Dave Chappelle tried to make fun of society's racist thoughts, Mencia seems to promote them. I know black folk liked Chappelle, but how do Mexicans feel about Mencia? I mean, he has almost single- handedly brought back the word "beaner." What an asshole.

Does the bean dare call the beaner brown? I suppose I could, especially after Mencia appeared on the September 16 edition of Good Morning America and trashed the Mexican by stating, "When you say, 'I'm a Mexican, ask me a question and I'm going to answer for all Mexicans,' that scares me. That legitimizes whatever answer that person gives, whether it's good or bad." Interesting critique, except I've never made such a claim, at least not while sober. And Mencia's one to scold, especially in light of accusations by other comedians (including Chicano icon George Lopez) of plagiarizing their jokes — way to perpetuate stereotypes, Carlos! But I digress: only highfalutin Mexicans get offended by Menstealia's abrasive, occasionally funny routine. You can slam the half-Mexican, half-Honduran for his politically incorrect approach, but then you're walking into his trap — and that's what makes Menstealia a wabby genius. A comedian's raison d'être is to agitate and entertain — nothing more, nothing less. Menstealia succeeds brilliantly — ratings for Comedy Central's Mind of Mencia remain high, and I've already called him Menstealia four times and will do it once more. Carlos has the potential to become a political jester à la Chappelle or Pryor — in an interview I did with him for Latina magazine, Menstealia said our illegal immigration problem "will take care of itself...we had the same thing with the micks and wops and guineas" — but he's currently happy playing the screaming fool, not Cesar Chavez. Let the pendejo mug, I say — if you don't like him and want gentle, polite Latino laughs, tune into Ugly Betty.

From the textmex obsessed imagination of William A. Nericcio at 12:03 PM No comments:

Holy Speedy Gonzales, Batman! There is a new animated "Mexican" in town! Faithful reader David Garcia writes in with a link at Guanabee.com that explores what's going down in the Toontown barrio. As always, more on this soon. Here's a short piece on Disney new "Mexicans."

From the textmex obsessed imagination of William A. Nericcio at 9:12 AM No comments: 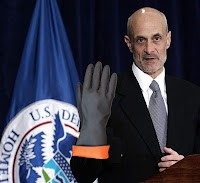 Ace Tex[t]-Mex Galleryblog correspondent Josie Nericcio writes in to tip us to the fact that Homeland Security doofus Michael "Katrina" Chertoff is holding forth on the filth of Mexico. Our bald, hygiene-needy, would-be Olivier holds no punches in his soliloquy stating:

Illegal migrants really degrade the environment. I've seen pictures of human waste, garbage, discarded bottles and other human artifact in pristine areas," Chertoff said in a telephone interview with The Associated Press. "And believe me, that is the worst thing you can do to the environment."

Our haphazard photoshop effort on the right posits a safer world for our beleaguered Homeland Security honcho whose valiant efforts in Louisiana revealed his "talents." More on this soon.
From the textmex obsessed imagination of William A. Nericcio at 12:33 PM 1 comment: