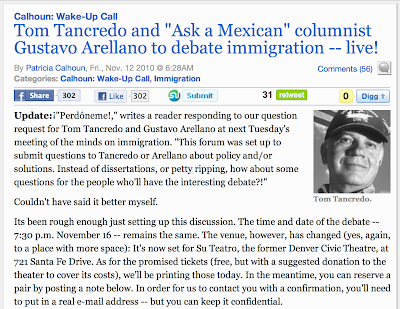 From the textmex obsessed imagination of Memo Nericcio at 11:14 AM No comments:

Nortec Panoptica Orchestra! Thanks to Leticia Gomez Franco and Victor Fabian Delgadillo for bringing it to my eyes and ears!
From the textmex obsessed imagination of Memo Nericcio at 4:16 PM No comments: 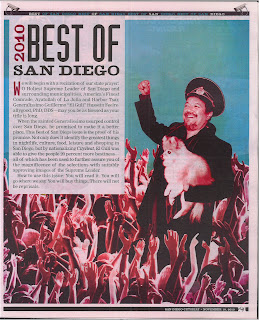 This is a short story about a war: a war between a cultural studies professor known for analyzing stereotypes and a would-be actor who misses trodding the boards and whose affection for cameras is legendary--yes, unfortunately, they are the same guy! Me.

A couple of weeks ago, Kinsee Morlan, an editor at San Diego City Beat--a cool, rad, local alternative to the San Diego Reader--tipped City Beat's art director, Adam Vieyra, to my existence. The rest, as they say, is history, with today's issue now available all over San Diego, featuring yours truly on the cover as "Generalisimo Guillermo 'El Guli' Hussein FeelReallyGood, PhD DDS."

When they asked me to do it, I came up with an elaborate backstory on this would-be dictator/hedonist--they didn't end up using it, but I will publish it here for posterity's sake (and, to underscore that this forensic doctor of stereotypes was at the very least thoughtful about his ridiculous turn before the camera): 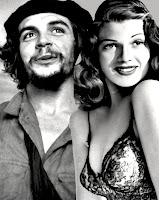 The hinted-at bastard son of Margarita Dolores Cansino (aka, Rita Hayworth) and Ernesto "Che" Guevara, Generalisimo Guillermo "El Guli" García was born in Mérida, Mexico in 1957. Originally recruited by Ronald Reagan and Oliver North to serve as a rightwing fascist Contra in the United States's secret wars against Nicaragua and the Sanidinistas, "El Guli" dropped out of the notorious School of the Americas in Panama (where, apparently he pantsed Manuel "Red Underwear" Noriega" causing a scandal) and ran off to Leiden, the Netherlands, where he studied literature, art, and philosophy while brilliantly starting a secret Utopian society based on free-love, hashish, India Pale Ale, and Indy music (perhaps the reason he has been seen frequenting North Park divebars of late). Teamed with his inimitable pooch "ChiChi BoomBoom, Le Woof" he aspires to once again rule benevolently over his adoring masses. For more on El Guli, check out his site. Rumors persist around City Beat central, the Generalisimo is actually Dr. William A. Nericcio, Director of the MALAS Program at SDSU. These claims are not to be believed and are thought to be the work of Tea Party operatives.

Here are some scans from the issue: 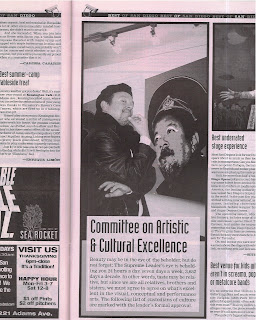 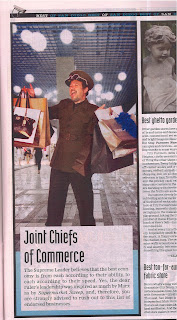 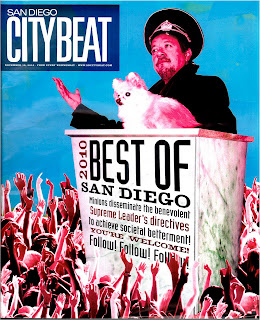 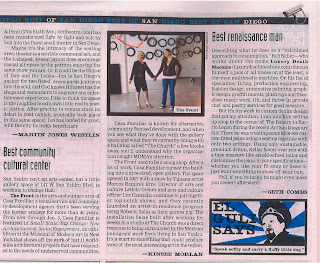 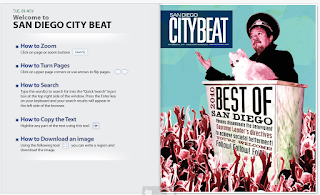 From San Diego City Beat
From the textmex obsessed imagination of Memo Nericcio at 3:16 PM No comments: 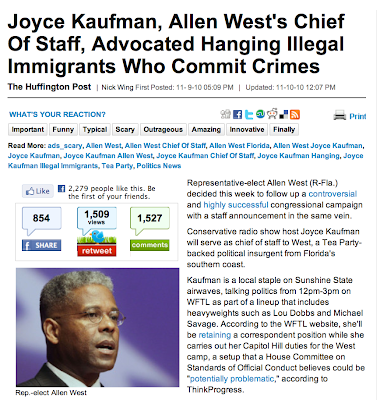 From the textmex obsessed imagination of Memo Nericcio at 10:00 AM No comments:

Brilliant Attack on the Petrifying Logic of Stereotypes: The Politics of Fiction with Elif Shafak

Thanks to Fulbright Scholar and SDSU GRAD, Amy Ebersole, for the tip!
From the textmex obsessed imagination of Memo Nericcio at 1:32 PM No comments: 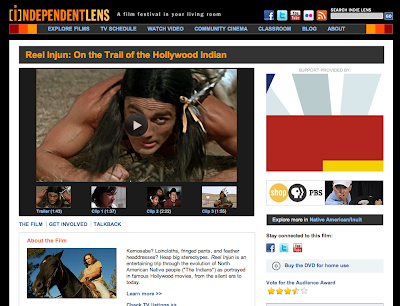 Thanks the Laura Steinert and Rachael Brown of South Texas College for the links!
From the textmex obsessed imagination of Memo Nericcio at 3:41 PM No comments: