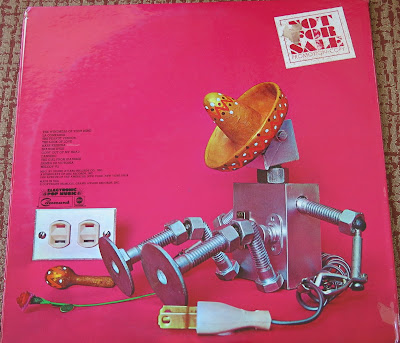 
Even in hindsight, it is crystal clear what the fuzz in terms of this album is all about. A title as vivid and bold as Genuine Electric Latin Love Machine better worships a histrionic concupiscence, relies on antipodes as well as antidotes and genuflects before the gigantomachy that is called Moog versus the world. It is not necessary to hail the crap out of Richard Hayman’s album, this is neither the time nor the place. Besides, Exotica fans will distill much more value and fun out of Voodoo! (1959) and possibly Havana In Hi-Fi (1957), two of Hayman’s glorious string-infested albums. And yet there is something wonderful about Genuine Electric Latin Love Machine, and no, it is not necessarily the Moog organ in the epicenter. It is true that once the listener grows tired of the Moog craze of yesteryear, there is absolutely no need for him or her to check out this opalescent gem. But there is majesty found in them sparklers: the much more conventional and convenient Hammond organ revs up the apocryphal antra with its ebullient warmth, a few harmonica tidbits make the bystander ponder the source – i.e. whether it is really a harmonica or a cleverly tweaked Moog preset – and last but not least, the real-world percussion sp(l)ices the bleepy and farting keyboard prongs. Even though the effects, swooshes and stereo effects become a tad gaudy, it is the melodies which know to enthrall. Even in this malfunctioning state, the classics breathe and exude verve. If you favor Moog albums, Richard Hayman’s Genuine Electric Latin Love Machine is a no-brainer and strong album overall, an artifact of an exciting time. It is, alas, no Exotica album as played by a quartet, but Space-Age fans shall triple-check its glaring red complexion. Available on vinyl and digitally.

Before diving into the images below, give it a listen: 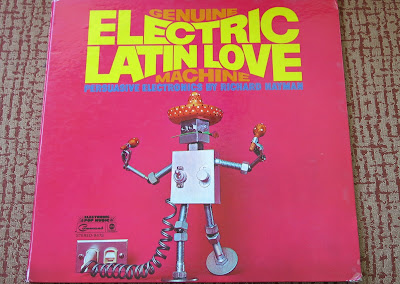 I should have known it and done my research, but my colleague up the street at USC, music/cultural studies maven, Josh Kun, was onto this in back in 2008--hit the image below to be instantly teleported to Kun's cunning site! 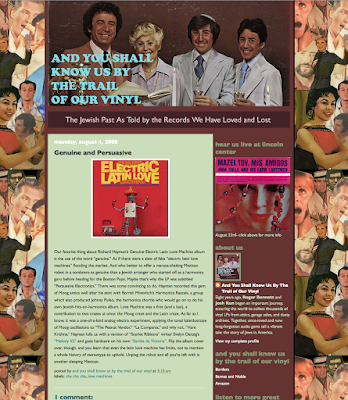 From the textmex obsessed imagination of Memo Nericcio at 11:43 AM 2 comments:

When reviewing last week's GOP presidential candidate debate, @jorgeramosnews told @CNN's @brianstelter, "Donald Trump is the loudest voice of intolerance, division and hatred right now in America. What he's saying about immigrants and women is not only disgraceful, but dangerous."☝🏾️When Stelter asked how exactly his comments could be 'dangerous,' Jorge replied, "When you are saying, falsely, that Mexican immigrants are criminals or rapists ... Of course it's dangerous when a candidate talks like that."👊🏾 #jorgeramos #trump #2016 #brianstelter