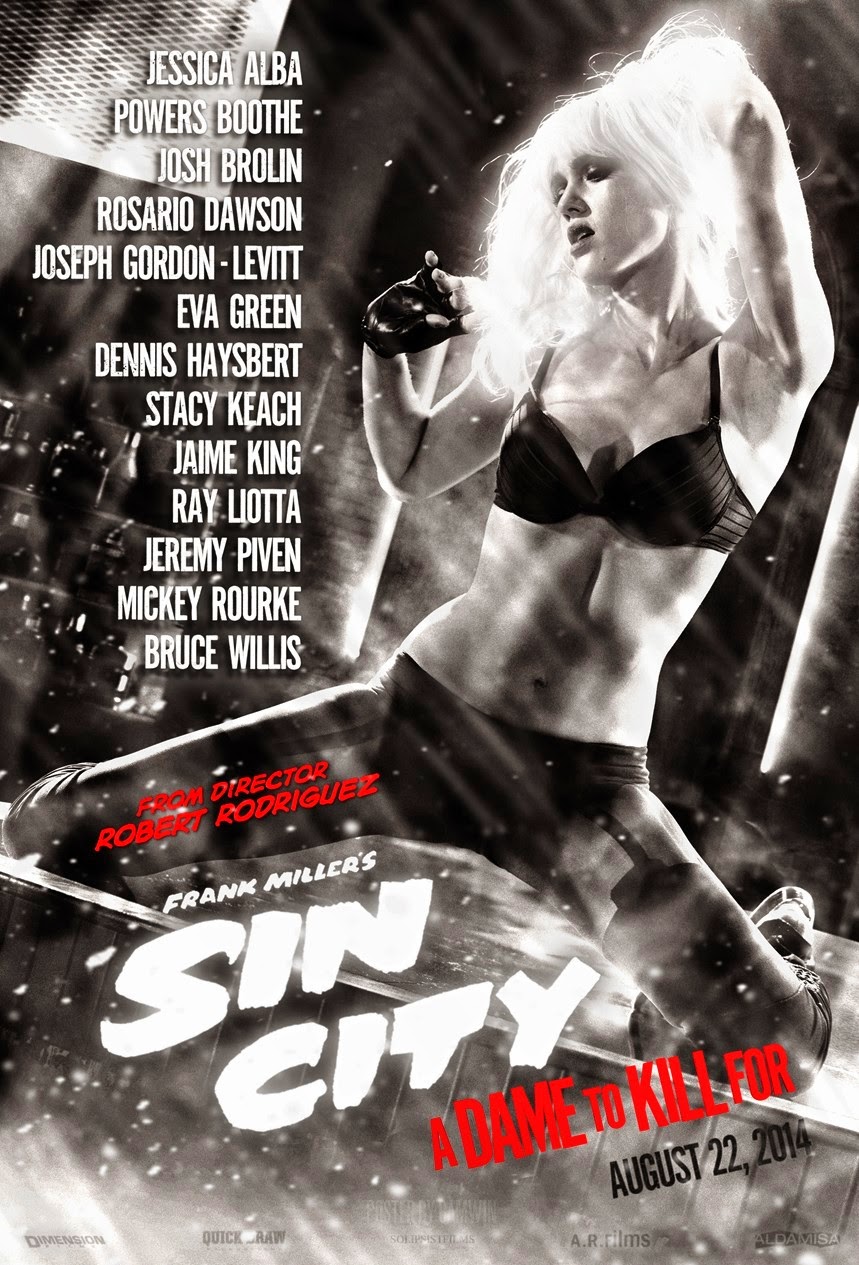 The biggest story attached to Robert Rodriguez and Frank Miller's Sin City 2: A Dame to Kill For has been supporting actress Eva Green's poster for the movie showing too much areola for the MPAA tastes. The New York Daily News tracks the trail of that case here, and you can search for the changes made in the poster here in a high-resolution juxtaposition: 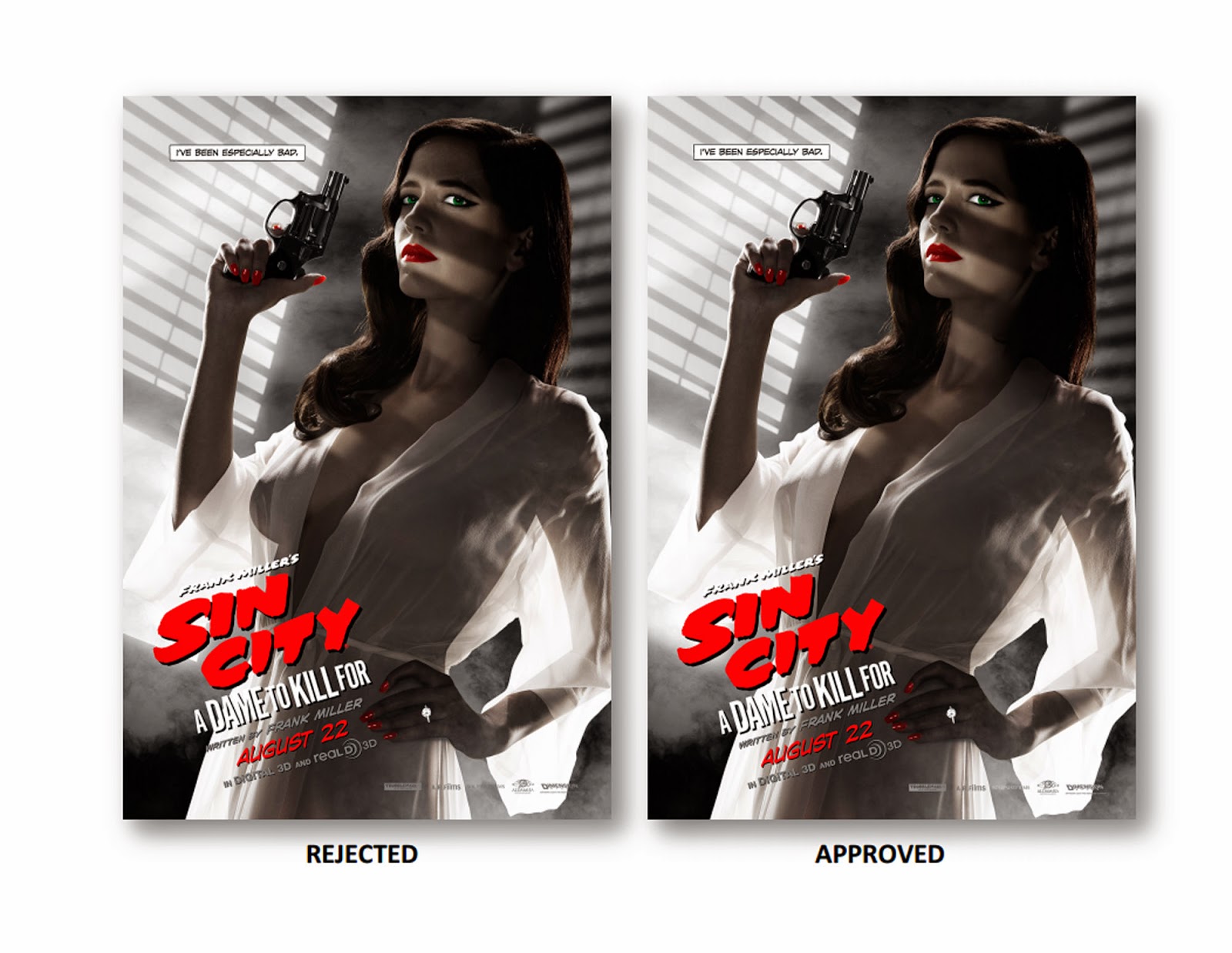 The film marks the return of Jessica Alba front and center as "Nancy Callahan" in the movie best known for fusing the dna of cinema and graphic narrative.  A decidedly tawdry take on the movie with tons of graphics is available here from the Daily Mail (UK).  Frank Miller's cool storyboards for the original Sin City are here.

More on the film as its release approaches will appear here shortly especially later this Fall when Frederick Aldama's new book on Rodriguez's oeuvre appears from UT Press.


Click the screengrab below for the newest HD trailer fed off Apple.com's servers:

From the textmex obsessed imagination of Memo Nericcio at 7:03 AM No comments:

Producer Salma Hayek at Cannes in Support of THE PROPHET 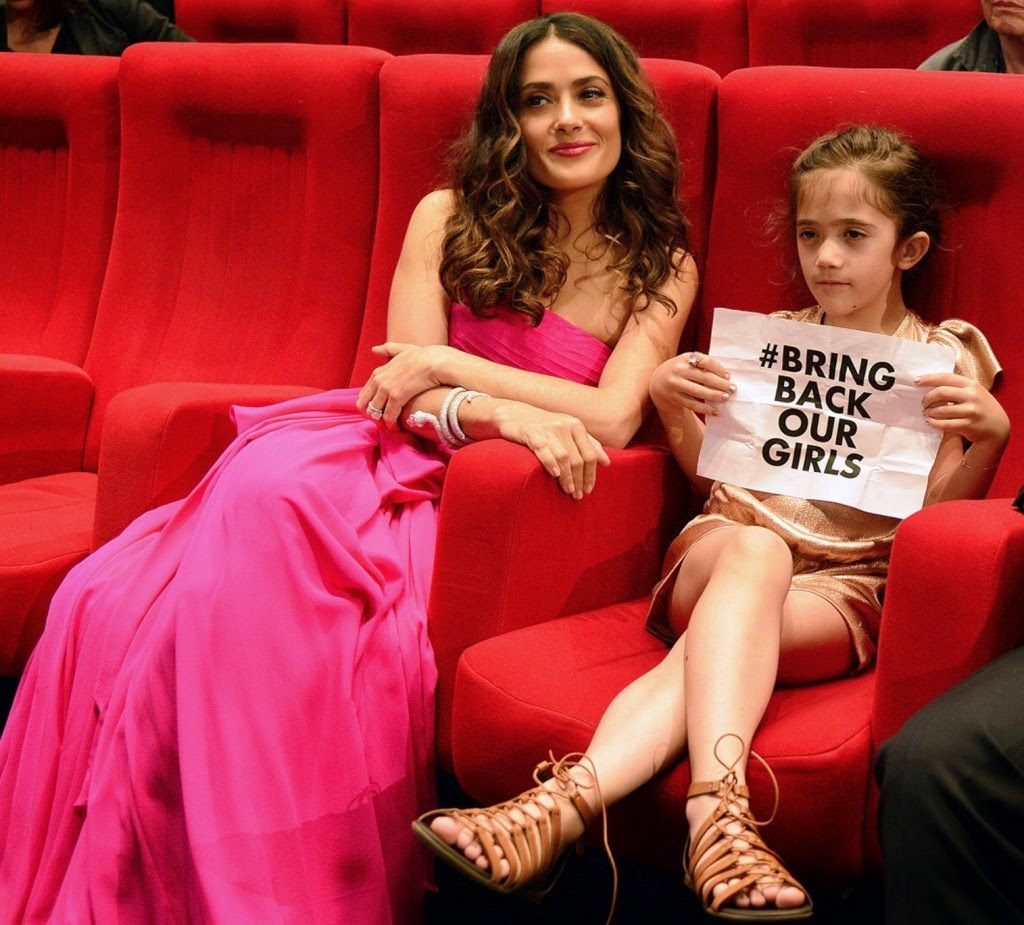 Salma Hayek is a always a star here at the Textmex blog--while she remains the alluring embodiment of textmextian paradigms (the "Mexican" as always already floating signifier of sexual potentiality) she also puts the lie to this tired tale of female objectification by being a an active, engaged agent (co-conspirator) in her own spectacle-ization! Oh, and a fine mamá as well (cue image above of Hayek, with daughter Valentina. In any event, Cannes was abuzz this year as Hayek brought her newly produced film to town, Khalil Gibran's The Prophet, an animated feature, full-length work featuring the voices of Hayek, Liam Neeson, and John Krasinski among others, and the directing talents of Roger Allers, Gaëtan Brizzi, Paul Brizzi, Joan C. Gratz, Mohammed Saeed Harib, Tomm Moore, Nina Paley, Bill Plympton, Joann Sfar, and Michal Socha. Hayek's new project comes into the world from a woman with a mission--defining her legacy as an international artist.

I will put up a clip from the film when I find it, or just post the link to one below or on our Textmex Facebook page.

Here's an interview with Hayek courtesy of The Hollywood Reporter:


From the textmex obsessed imagination of Memo Nericcio at 6:44 AM No comments: