Just Ran Across This Story on the Origins of the Mextasy Project--the Gallery Pop-up Exhibition and the TV Pilot! 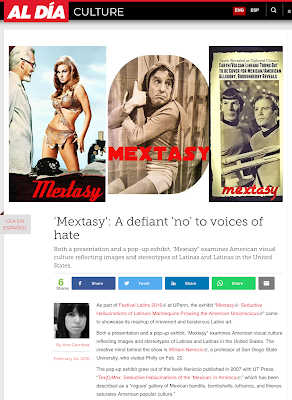 Direct story link: http://aldianews.com/articles/culture/mextasy-defiant-no-voices-hate/42353
From the textmex obsessed imagination of William A. Nericcio at 12:22 PM No comments:

Tex[t]-Mex: Seductive Hallucinations of the "Mexican" in America by William A. Nericcio | Best Deal on the Internets!

TEX{T}-MEX: SEDUCTIVE HALLUCINATIONS OF THE "MEXICAN" IN AMERICA

A rogues' gallery of Mexican bandits, bombshells, lotharios, and thieves saturates American popular culture. Remember Speedy Gonzalez? "Mexican Spitfire" Lupe Vélez? The Frito Bandito? Familiar and reassuring—at least to Anglos—these Mexican stereotypes are not a people but a text, a carefully woven, articulated, and consumer-ready commodity. In this original, provocative, and highly entertaining book, William Anthony Nericcio deconstructs Tex[t]-Mexicans in films, television, advertising, comic books, toys, literature, and even critical theory, revealing them to be less flesh-and-blood than "seductive hallucinations," less reality than consumer products, a kind of "digital crack."
Nericcio engages in close readings of rogue/icons Rita Hayworth, Speedy Gonzalez, Lupe Vélez, and Frida Kahlo, as well as Orson Welles' film Touch of Evil and the comic artistry of Gilbert Hernandez. He playfully yet devastatingly discloses how American cultural creators have invented and used these and other Tex[t]-Mexicans since the Mexican Revolution of 1910, thereby exposing the stereotypes, agendas, phobias, and intellectual deceits that drive American popular culture. This sophisticated, innovative history of celebrity Latina/o mannequins in the American marketplace takes a quantum leap toward a constructive and deconstructive next-generation figuration/adoration of Latinos in America.

What do you get for your hard-earned twenty+ bucks??? A new, hermetically-sealed (for your protection!) copy of William Nericcio's 2007 ALA award-winning book, Tex{t}-Mex: Seductive Hallucinations of the "Mexican" in America.  And at ¡venta venta, venga venga! sale price as Jeff Bezos at Amazon is trying to charge $27.95 for this book! The book is shipped (or hand-delivered to you via special courier) along with our selection of two gift prints from the Mextasy Collection! If you want me to "break the seal" and sign the book, just order here and then email me to memo@sdsu.edu and tell me how you want it inscribed!

More images from the book! 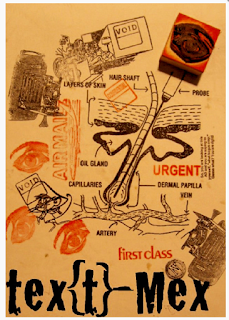 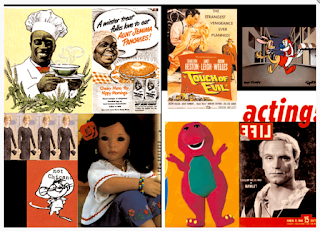 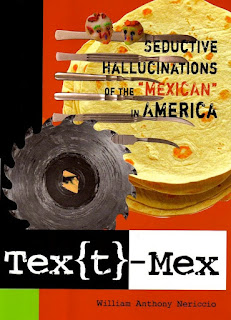 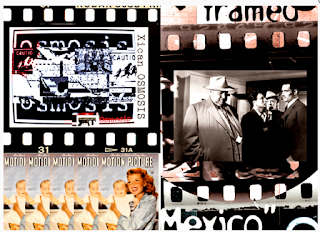 From the textmex obsessed imagination of William A. Nericcio at 9:06 PM No comments: