Mark Dery on Tex[t]-Mex via Amazon.com 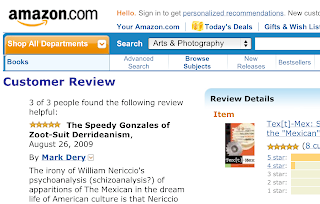 Once again, gracias and a big tip of the sombrero to my East Coast-based scribe and sometime co-conspirator in Baudrillardian worship rites, invention, and bibliophilia-laced intrigue, Mark Dery! Hit the image on your right for the review.
From the textmex obsessed imagination of William A. Nericcio at 5:58 AM No comments:

Mark Sanchez, Xicanosmosis, and the NFL

"VIVA SANCHEZ: Mark Sanchez is the face of the New York Jets' franchise and a symbol of success to the Mexican-American community he has warmly embraced.

The 22-year-old rookie quarterback is a third-generation Mexican-American who realizes he's in a unique position now that he's in the NFL.

"I don't feel like it's a burden," Sanchez said. "If anything, I feel like it just makes me even stronger and more excited to play for even more fans that are just tuning in. If that makes other people tune in to the NFL, I'm sure everybody else will be happy around the league."

The NFL has had its share of Mexican-American quarterbacks, including Dallas' Tony Romo, St. Louis' Marc Bulger, Philadelphia's Jeff Garcia, and former stars Joe Kapp and Jim Plunkett. None of them, though, played in New York with its huge Hispanic community."

Speedy Gonzales versus the Roadrunner

If you have been here before, you know all about my Speedy obsession; if not, bring yourself up to speed here or throw down some moolah for Tex[t]-Mex. At the 7:05 mark, Speedy Gonzales vs. the Roadrunner in "The Wild Chase"(1965)--not very good but if you are hard up for a Speedy short, here it is!

bugs-speedy-gonzales @ Yahoo! Video
From the textmex obsessed imagination of William A. Nericcio at 4:44 PM No comments: 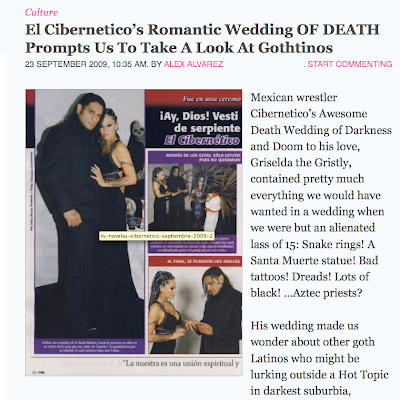 From the textmex obsessed imagination of William A. Nericcio at 8:50 AM No comments: 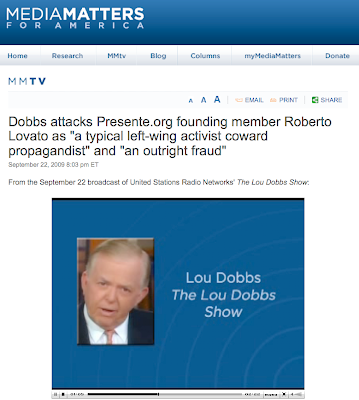 Lovato responds (thanks to Marisela Norte for the link):

From the textmex obsessed imagination of William A. Nericcio at 8:03 AM No comments: 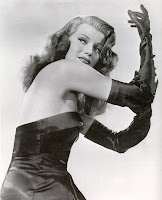 My old piece on Rita appears here; a revised version with more pictures is available in Tex[t]-Mex.
From the textmex obsessed imagination of William A. Nericcio at 9:11 PM No comments: 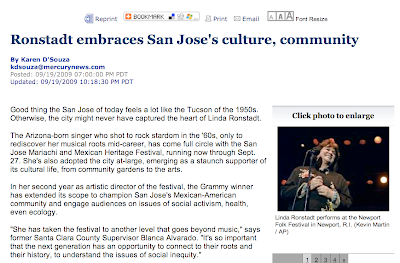 Hit the image above for the story. Here's Ronstandt, early in her career, with the one and only Johnny Cash:


From the textmex obsessed imagination of William A. Nericcio at 11:06 AM 2 comments: 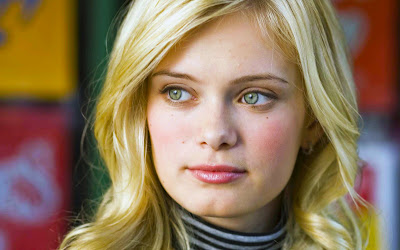 Hit the image for a high-res image of network TV's latest Chicana starlet Sara Paxton; the interview is here.
From the textmex obsessed imagination of William A. Nericcio at 9:44 AM No comments:

I wonder if Mandingo was a work of science fiction--perhaps the whole experiment of human slavery is an episode of the same; predatory exploitation of subjected populations (i.e., ironically, populations that have been objectified) always bring with them some legitimizing argument of justification: deeming groups of folks inferior is one of the tropic (trope + ic) moves of science--from Lindbergh with his eugenics fantasies to Dobbs with his fear of "Mexican" leprosy, the sciences have always been there (and not in a small way) to buttress the pangs of hate that throb within the dark soul of homo sapiens.

There are no shortages of ethnic bodies when it comes to the history of science fiction film. From Raquel Welch in One Million Years B.C. to William Allen Young in District 9, this fruitful cinematic terrain in bestrewn with talented and not-so-talented actors. On the left and right, some classic images from the internet of Raquel Tejada, aka Raquel Welch.

Of course, the most important film in this genre is John Sayles Brother from Another Planet. Joe Morton is brilliant in the titular lead role:

...More on this to come after I re-screen District 9 later this week.
From the textmex obsessed imagination of William A. Nericcio at 7:27 AM 3 comments: