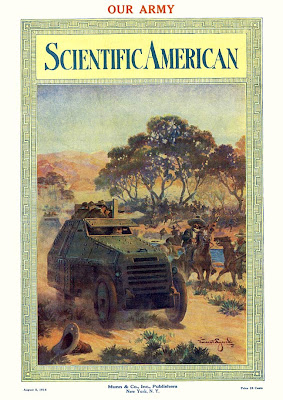 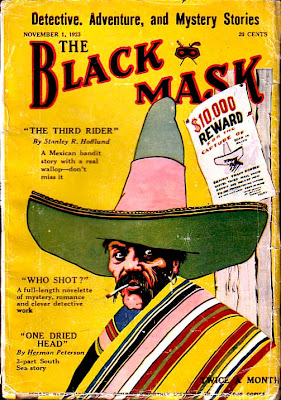 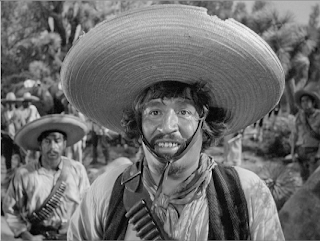 Comic Books and Race at Racialicious! 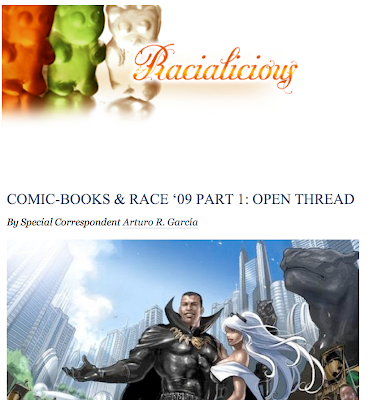 From the textmex obsessed imagination of William A. Nericcio at 9:30 PM No comments: 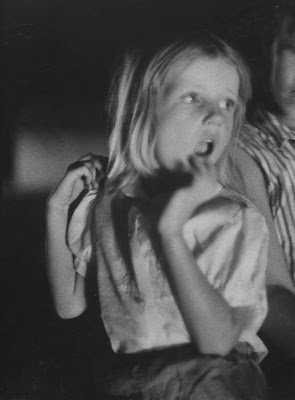 From the textmex obsessed imagination of William A. Nericcio at 4:28 PM No comments: 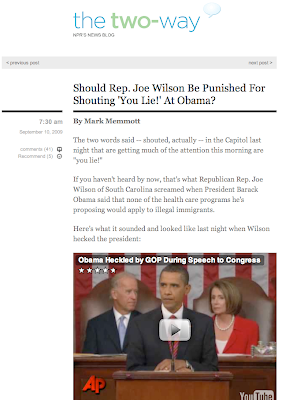 Lately, the Tex[t]-Mex Galleryblog has been railing against the rise of fascism in the United States, an insidious blend of patriotism, ignorance, and Mexican-hating that has made it open season on Latinos and Latinas from New York to Texas, from Pennsylvania to Utah. The rise in hate-based crimes, fueled by the fetid kerosene spewing out the mouthes of Limbaugh, Dobbs, Beck, Coulter, Hannity, and their ilk is making it more and more likely that race and race-hatred will continue to typify the American dasesin far into the 21st century. Hit the image above for NPR's coverage of the Joe Wilson shoutout to the President at last night's health care speech to the joint houses in Washington.
From the textmex obsessed imagination of William A. Nericcio at 6:28 AM No comments:

If you missed the two hour September 8, 2009 radio show desmadre with Gustavo Arellano, Federico Luis Aldama and the one and only Myriam Gurba, tune in here for the podcast, here to stream, and here to download! ¡órale!

Not since the days that I anchored the "What's Bothering Bill" lefty radio commentary show on the East Coast at WHUS, Storrs, Connecticut, have I been as excited as I am now. Working with Gustavo Arellano and KPFK, that indy shining tower of radio power in LA, I am going to be breaking out on the air this coming Tuesday with a radio version of Tex[t]-Mex: Seductive Hallucinations of the "Mexican" in America.

We are still working with the determination of day-laborers, sweating the details over the segments, but I can guarantee one of the pieces will go by the name 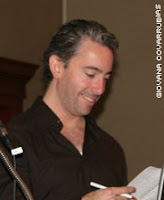 BROWN IVORY TOWER, set interviews where I talk to some chingon or chingona Latina/o academic, wreaking intellectual havoc across the winsome, gringo laced plains of academe. UPDATE! I will be interviewing the Chicano King of Ohio State University's English Department, the one and only loco-genius Frederick Luis Aldama--Aldama's the author of YOUR BRAIN ON LATINO COMICS (UT PRESS, 2009) 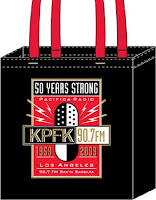 Be sure to tune in on Tuesday, September 8, 2009 @ 5pm, KPFK 90.7 FM--just hit the nifty tote bag to your left and be instantly transported to the online version of KPFK where you can listen via streaming media; if you live in San Diego county, KPFK comes through for some folks via the magic of their radio dial!
From the textmex obsessed imagination of William A. Nericcio at 9:38 AM No comments: 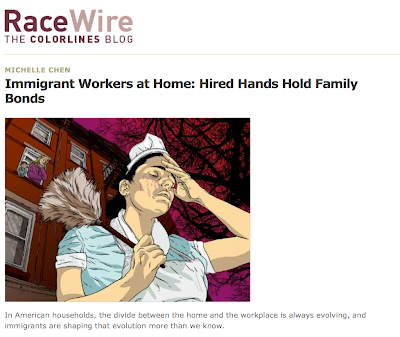 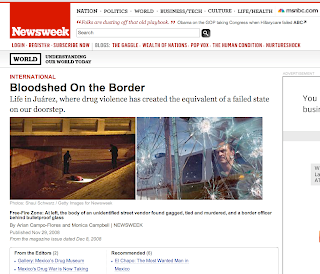 Gracias to regular contributor David O. García for the link! Hit the image to your right for the story.
From the textmex obsessed imagination of William A. Nericcio at 9:11 AM No comments:

Heritage is at it again with an amazing Lupe Velez movie poster auction. Click here for the details and click the image for Hollywood at its graphic deliciousness best!
From the textmex obsessed imagination of William A. Nericcio at 8:20 AM No comments: 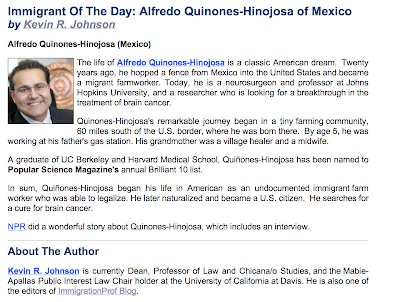 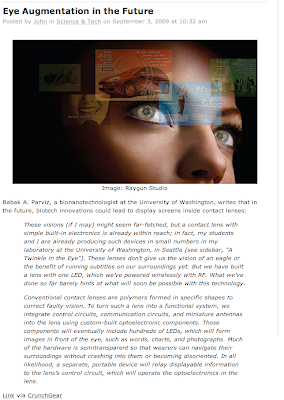 Click the image above for a cool eye-based/technology tale off of Neatorama.com.

The more I think about Eyegiene: Permutations of Subjectivity in the Televisual Age of Sex and Race, my follow-up volume to Tex[t]-Mex, the more I realize how much it is endebted to my old school training in literary criticism. I sometimes lament the fact that I stopped publishing pieces of literary criticism, leaving the world of tomes and old libraries (cue Borges cameo) for the glitzier domain of film, photography, and visual culture. But it really is all the same at heart. What dazzles my curiosity is a story--it can be written, narrated aloud, projected on a wall, whispered in a corner, painted on a billboard, or flash to me in a dream; it can appear to me in any form. Chronicling the dynamics of this seduction, this "being led astray" via the magic of narrative, visual or textual, semiotic or semantic, is the real aim of Eyegiene.
From the textmex obsessed imagination of William A. Nericcio at 8:31 AM No comments: