The Humanitarian Litter-bugs! Immigrants Die in the Desert for a Tidier America 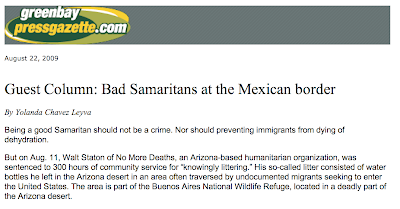 From the textmex obsessed imagination of William A. Nericcio at 8:41 PM No comments:

Amazing Mexican Monster Flickr Archive! Thanks to My Sister, Josie Nericcio, for the Tip 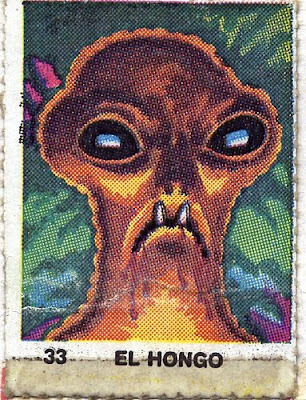 '
From the textmex obsessed imagination of William A. Nericcio at 7:48 AM No comments:

Stop the Presses! A trynamic trio of Post-Movimiento (No worries, pues, we are still down and brown) Chicano writers is hitting San Diego, August 21, 2009 @ 7pm. It's going to be a rockin' night in La Jolla when Tomás Riley (author of Mahcic, and one of the heroic Taco Shop Poets), Manuel Paul Lopez (author of Death of a Mexican & Other Poems

and the troubadour of the Imperial Valley and more), and yours truly (author of Tex[t]-Mex: Seductive Hallucinations of the "Mexican" in America and The Hurt Business: Oliver Mayer's Early Works [+] PLUS

) waltz our way into Dennis Wills cool La Jolla bookstore for a night of words, laughter, poetry, art, and more. Be sure to ask us about the super secret after party! Órale! 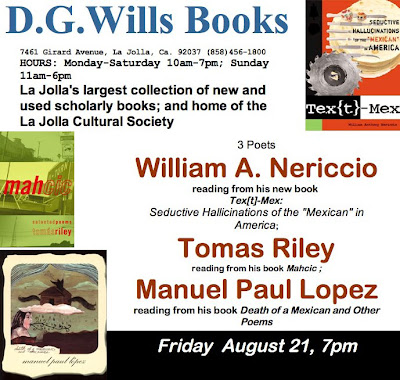 Here's a taste, below, of Tómas Riley at Galeria de la raza; you can here some innovative demos by Paul and company here at his myspace lab. 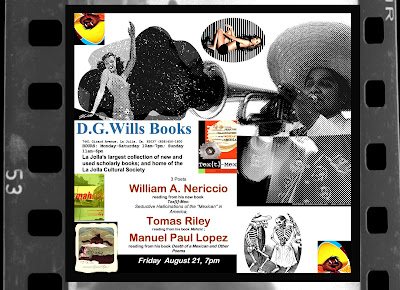 From the textmex obsessed imagination of William A. Nericcio at 6:08 PM No comments:

Shilling the Reading Tonight at D.G. Wills on KUSI!!! 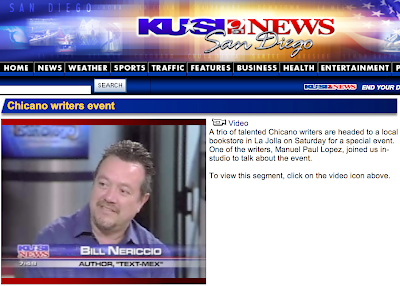 All the info on the reading, maps, etc can be found here!
UPDATE

From the textmex obsessed imagination of William A. Nericcio at 12:00 PM No comments: 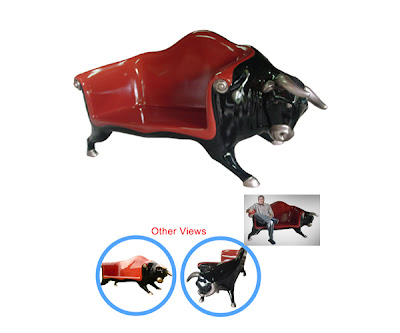 From the textmex obsessed imagination of William A. Nericcio at 5:31 AM No comments:

From the textmex obsessed imagination of William A. Nericcio at 4:32 PM No comments:

I am in debt to my facebook 'friend' Anisa Onofre for bringing this film to my attention:

I loved Bless Me, Ultima

and have taught it several times; that said, I also post this video as penance for a rude review I published back in the day with WORLD LITERATURE TODAY of Anaya's Jalamanta: A Message from the Desert

--I stand by it, but still think my ink was a tad venomous.
From the textmex obsessed imagination of William A. Nericcio at 10:33 AM No comments:

Beautiful Music from the City of Angels! Lawrence Downes in the New York Times 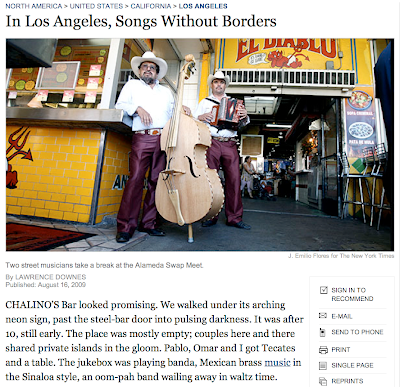 From the textmex obsessed imagination of William A. Nericcio at 7:59 AM No comments:

Rita Hayworth from BLOOD AND SAND 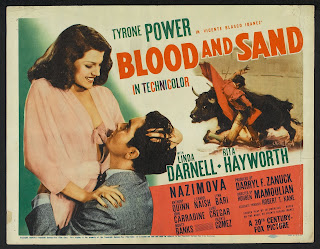 An amazingly cool, texmextian movie poster from back in the day (Blood and Sand, d. Rouben Mamoulian, 1941) featuring Rita Hayworth, Tyrone Power, and Anthony Quinn (the shot below of Quinn is awesome) has just appeared on the Heritage Auction site--the implicit and explicit sexuality of Margarita Carmen Cansino, aka, Rita, is in full flame. Click the lobby card on the left to make it blow up huge. 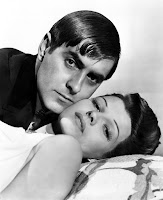 I also stumbled upon this promotional photo of Tyrone Power (offering a steely glance that anticipates the undead mug of Dark Shadows' Barnabus Collins) with Hayworth at the same site.

The old YouTube clip I used to stream here featuring Rita as a bullfighter and Tyrone Power as a bull (holy t/sexual semiotics, Batman!) has been yanked by the youtube/google overlords, but you never get too much of a good thing, so here is the original trailer to BLOOD AND SAND--below the trailer appear some stills and screengrabs from the 1941 classic! 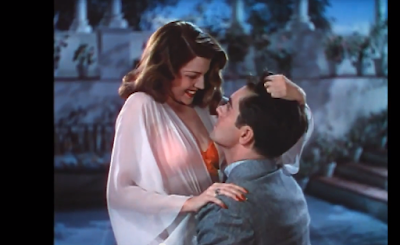 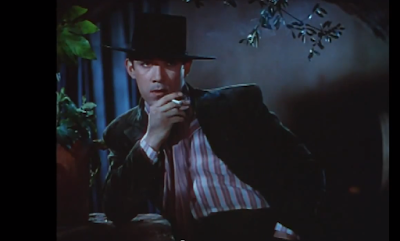 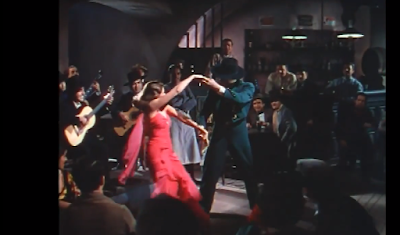 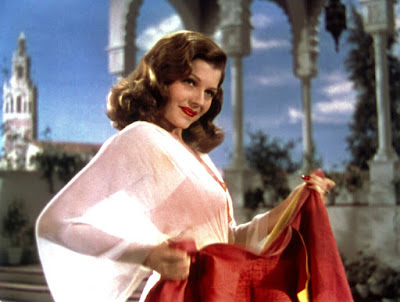 Updated May 29, 2015
From the textmex obsessed imagination of William A. Nericcio at 1:52 PM No comments: