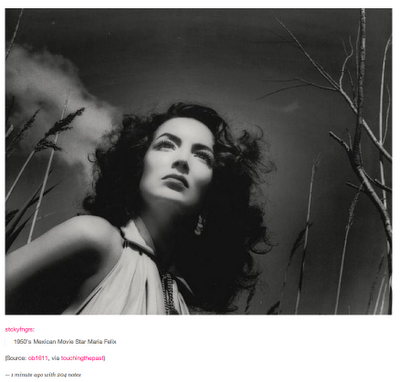 source
From the textmex obsessed imagination of William A. Nericcio at 1:08 PM No comments:

Just getting around to pondering the rad painterly stylings of Raúl Gonzalez III--here are two prints from a recent issue of Juxtapoz magazine.   The second one, Benito, will appear here again soon with commentary.... 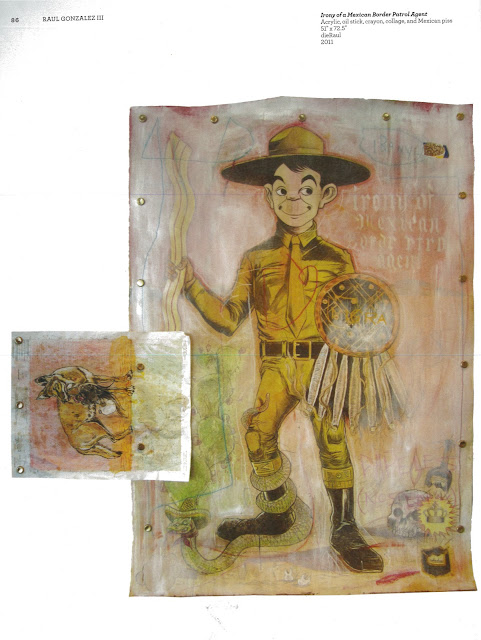 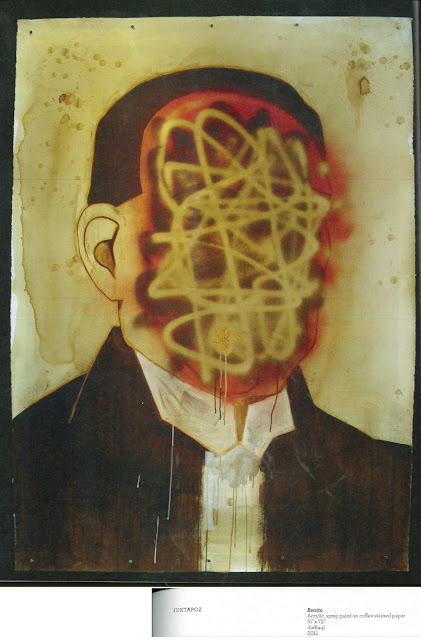 From the textmex obsessed imagination of William A. Nericcio at 11:02 AM No comments: 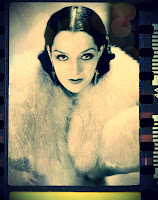 One of the hardest chapters to write in Tex[t]-Mex was the one on Lupe Vélez (you may need to be logged into a gmail account to have the Lupe-link work)--there, late in the game, I try, a tad unsuccessfully, I fear, to fast-forward my study into the present, with lurid, 21st-century meditations on the ecstatic sanctity of movie and television Latina celebrities; in that chapter, Salma Hayek, Penelope Cruz, and Eva Longoria make cameo appearances, with Salma doing yeoman's work womaning selections from a complex Premiere magazine interview, an exchange wherein Hayek eloquently and diligently articulates the limbolandia of being a Latina sexpot and only being a Latina sexpot. Which brings me to this clip from The David Letterman show on CBS wherein we gather the difficulty of her conundrum/situation (watch also for her anecdote that blends Catholicism with tales of the miraculous, a combo that echoes Santa Lupe Velez's situation as described in Tex[t]-Mex): 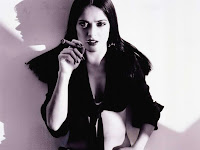 I love this photo of Salma--cigar smoking, strong, dynamic, and fierce, with eyes that confront the would-be watching subject with a post-Mulvey gaze that might paralyze. More food for thought as we consume our Tex[t]-Mex cuisine.

A page from the chapter on Lupe Velez in Tex[t]-Mex appears below--note the remarkable design/typography work by Lisa Tremaine: 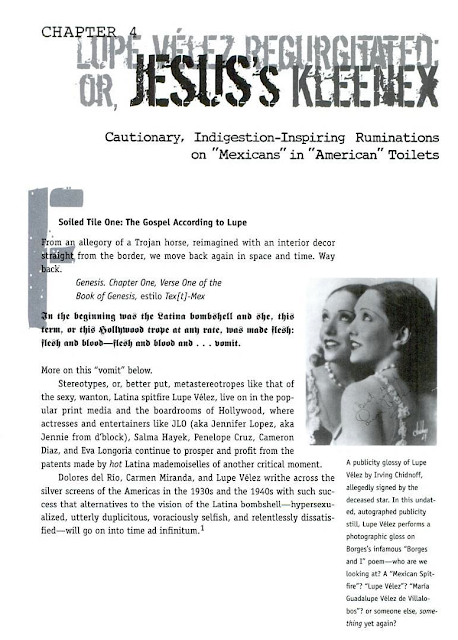 From the textmex obsessed imagination of William A. Nericcio at 6:16 PM 2 comments:

Thanks to the ever-brilliant Josh Kun for the link to this bracing melange of music, culture, and more...

From the textmex obsessed imagination of Memo Nericcio at 9:38 AM No comments:

Kudos to Pappy's Golden Age Comic Book Blogzine, a source of delicious optical amazement on the internets--click Señorita Rio, penned (and inked?) by Lily Renée below... 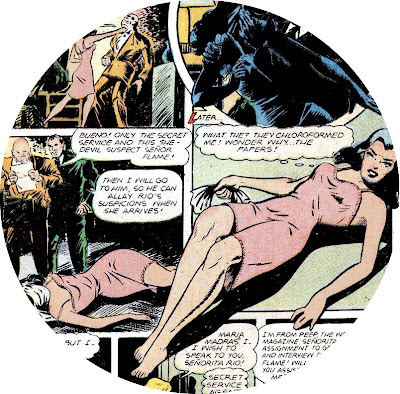 From the textmex obsessed imagination of Memo Nericcio at 7:54 AM No comments: 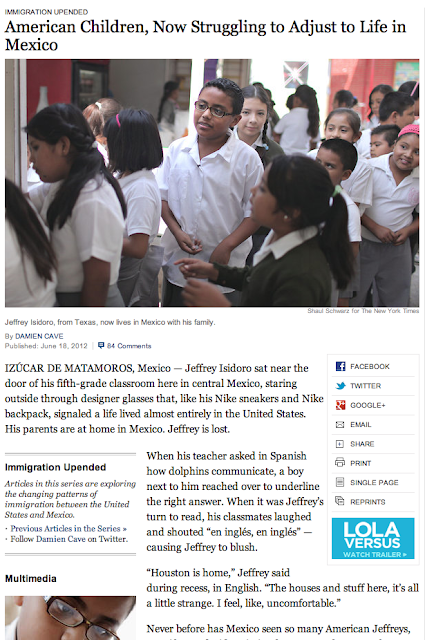 From the textmex obsessed imagination of Memo Nericcio at 7:18 AM No comments:

Hit the "conquista" tagged painting for the story from the UK's Daily Mail: 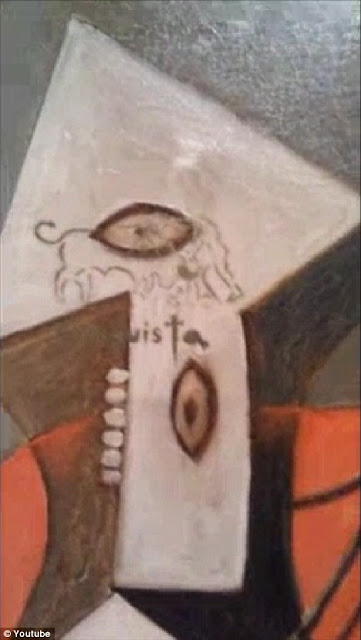 update: Uriel Landeros?
From the textmex obsessed imagination of Memo Nericcio at 6:36 AM No comments: 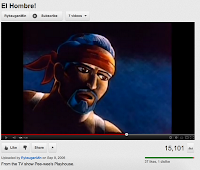 Gracias to rad Chicano poet/entrepreneur Miguel-Angel Soria, for tipping my eyes to this rad animated short from Pee-wee's Playhouse--watch for the Jimmy Smits appearance early on...


There's another episode here after the 3-minute mark...
From the textmex obsessed imagination of Memo Nericcio at 10:57 AM No comments: 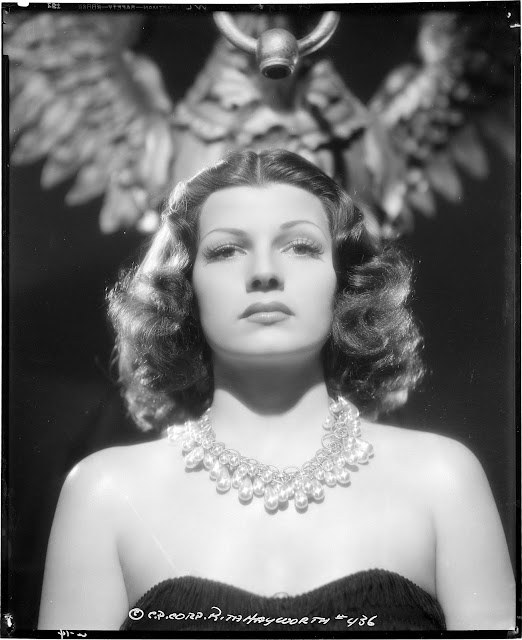 From the textmex obsessed imagination of Memo Nericcio at 9:51 AM 1 comment: 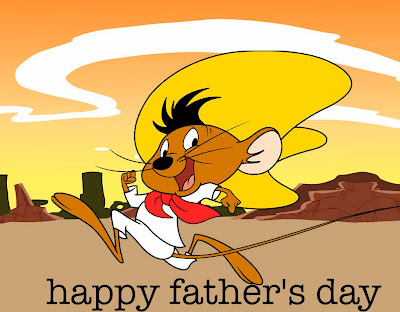 From the textmex obsessed imagination of Memo Nericcio at 11:15 AM No comments: