In the next hour or so, the 100,000th visitor to textmex.blogspot.com will arrive on our doorstep! Thanks to all of you for supporting the blog and the book! Abrazos, Memo Nericcio.

From the textmex obsessed imagination of William A. Nericcio at 8:49 PM 2 comments:

Email ThisBlogThis!Share to TwitterShare to FacebookShare to Pinterest
Labels: thanks to all the image scavenging visitors

Infamous weaver of magnificent screed, the one and only "Ask-a-Mexican," Gustavo Arellano, cutie-pie puss above, invades the Santa Ana wind-swept confines of Montezuma Mesa, for a special super-secret, reading/signing/lecture at the Little Theatre at 4pm on Monday, October 27, 2008.

Though the presentation is part of a series of presentations for an English 220 Naked Mirrors, Fractured Souls / Introduction to Literature course, the general public is encouraged to crash the gates as well--cap and gown optional. Arellano's presentation will focus on his new book, Orange County, A Personal History, published by Scribners (! Who would have thought that the original Big Papi, Ernest Hemingway, and this nefarious Chicano n'ere-do-well-scribe would be stable-mates).
From the textmex obsessed imagination of William A. Nericcio at 5:15 AM No comments:

A tip of the hat to my tribal co-conspirator in cinematic cultural studies, SDSU's David Kamper, for luring my eyes to a remarkable film restoration of Kent Mackenzie's 1961 noir/native classic The Exiles. The "look" of this film will thrill fans of Orson Welles's Touch of Evil, Henri-Georges Clouzot's Diabolique, and Georges Franjou's Eyes Without a Face. Roger Ebert's recent spin on the film is sobering: "How would this film have affected me in 1961? I saw Cassavetes' "Shadows” about that time, knew what the first wave of American independents were doing, would have known it was special. But now it has such a tragic poignancy. These people are doomed, unless a lucky few found sobriety. Their tears and blood have alike dried. The juke box music is so happy, and they move to it so dutifully. I am reminded of Scorsese's "Who's That Knocking at My Door" and "Mean Streets." Different ethnic groups, same dead end. When you can walk into a bar and call everyone by name, that doesn't mean you have a lot of friends. It means you have a fate, and are returning to seek it." But don't let Ebert's down denouement keep your eyes from the screen--sometime between 1958 and 1961 American indy movie magic was made and Mackenzie is able to capture through his lens the beating pulse of something new: Ethnic American figuration that forces us to rethink our right-at-hand stereotypes and replace them with the delicious and complex contradictions of noirish word and image.

Hit the image to screen the trailer! 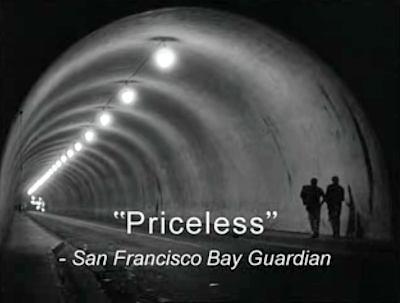 The film screens this saturday at UCSD's Che Cafe! Be there!

From the textmex obsessed imagination of William A. Nericcio at 7:33 AM No comments:

Cool City College profe Oscar Preciado writes in to tip my and your eyes to the engrossing graphic semiotic wonders of Malaquias Montoya--hit the image and you are there! 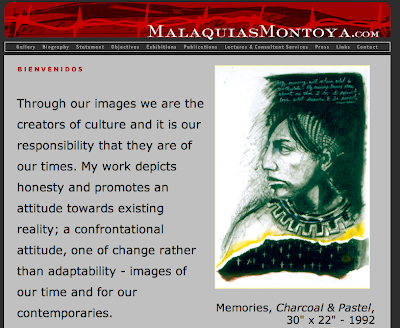 Preciado reminds me as well to tip you to the amazing exhibit of Montoya's work now on display at San Diego's Mesa College--hit the next image for the skinny! 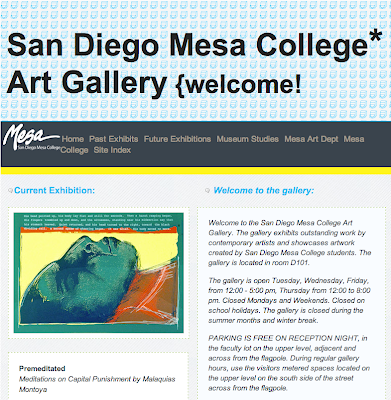 From the textmex obsessed imagination of William A. Nericcio at 2:39 PM 1 comment:

A thanks to Phillip Serrato for cluing me in on this cool sci-fi Mexican film festival in NYC!
From the textmex obsessed imagination of William A. Nericcio at 10:14 AM No comments:

Anabel Lima writes in on the controversy surrounding SoCal Republicans' attacks on Barack Obama--an LA Times story on the issue is here.

I am writing to you in regards to the story of Diane Fedele, president of the Republican Women's Club in San Bernardino County who forwarded the Obama Buck image in her newsletter.

This was one of the responses from a Republican man of color on the Rightpundits website:
"The 'Obama Bucks' image shows Obama surrounded by food that has historically been stereotyped with southern black individuals, most notably


Here's an LA TIMES video on the story:

From the textmex obsessed imagination of William A. Nericcio at 10:06 AM No comments: 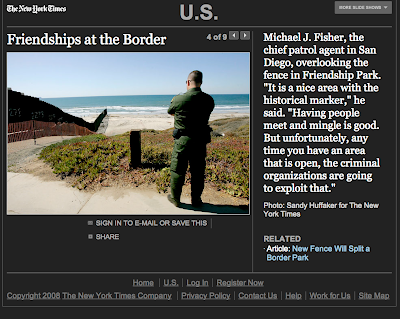 From the textmex obsessed imagination of William A. Nericcio at 10:01 AM No comments: 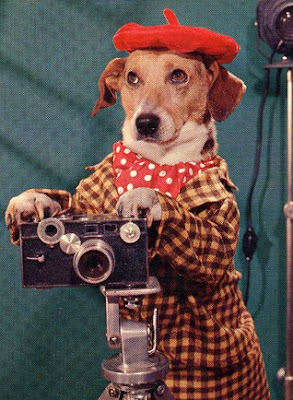 From the textmex obsessed imagination of William A. Nericcio at 7:32 AM No comments: 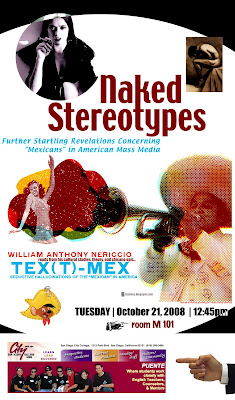 Later today I am invading San Diego's City College at the invitation of the Puente Project and the Department of English for a public lecture on Tex[t]-Mex and "Mexican" representation entitled Naked Stereotypes!

City College and SDSU are closely allied in history and people with many of their graduates entering our various and sundry BA/MA/MFA tracks and many of our SDSU populating their ranks in kind. In any event, I am in debt to Oscar Preciado and Elva Salinas (another star literature.sdsu.edu alum)for making it happen! Here's the poster....
From the textmex obsessed imagination of William A. Nericcio at 7:05 AM 4 comments:

Yet Another Forgotten Chapter in the History of Race Representation in America! 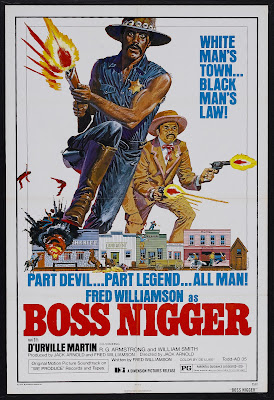 Wow! Blaxploitation meets the Western, and Hollywood history is made; and now, for a "treat," a clip from Boss Nigger, a 1975 cinematic masterpiece written and produced by and starring Fred Williamson:

From the textmex obsessed imagination of William A. Nericcio at 9:36 PM No comments:

From the textmex obsessed imagination of William A. Nericcio at 12:41 PM No comments:

A nice collaboration by Michael Gondry and Beck from The Information.

From the textmex obsessed imagination of William A. Nericcio at 8:59 AM No comments: