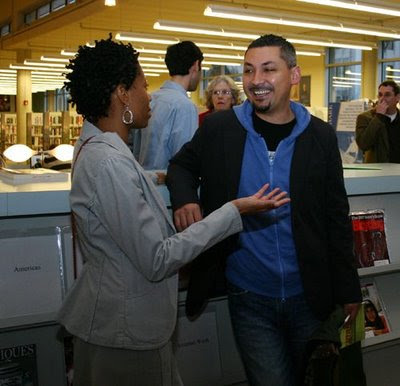 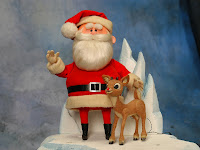 Tex[t]-Mex has two odd chapters that are called "Seductive Hallucination Galleries" in the book--these are largely blog-style dispatches profusely illustrated where I threw together findings that I could not sustain in a traditional book chapter. They are a sort of Island of Misfit Toys (in the best sense of the term as I am a closeted Rankin Bass Rudolph fetishist!) of gross stereotypes, photography, editorial cartoons, print ephemera, etc.

Even Michael Jackson makes a cameo in one of the galleries and my sustained, loving bitch-slapping of Richard Rodriguez, who writes like a saint, and, until recently, thought like Lou Dobbs in brownface, also appears, revised, in these pages.

The last dispatch in the second gallery is penned by former Taco Shop Poet scribe Miguel Angel Soria and features a tale of lurid "Mexicans" subjecting the USD campus to the menacing horror of their "Mexican" ways--basically two Chicanos listening to the Clash in a car in a USD parking lot, reappear reimagined the next day's USD newspaper as a crime report. Soria quotes that fetid artifact of fishrap: "no crime has been reported, as yet." "As yet" as if the potentiality for criminality always already fueled the dimensions of American culture. Soria's dispatch is cool, criminally wicked, and nefariously deft. This Mexican American writer is, indeed, in the end, a felon--a felon of the pen with the mind of a seer!

All this as a preface to a posting of an outtake from a PBS Visiones documentary that features a segment on the Taco Shop Poets, Miguel Angel Soria, and my good friend Tommy Riley, et al, that recently showed up on YouTube. Like Oliver Mayer, Michelle Serros, Gilbert Hernandez, and Dulce Pinzón, their xicanosmotic work shows the cultural synesthasia of a Mexican/American, Mexican-American, and Mexican & American--not the same things--reality in metamorphosis.

From the textmex obsessed imagination of William A. Nericcio at 6:49 AM No comments: 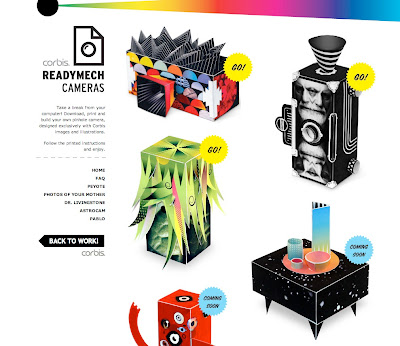 Much of what will originally be sketched in the pages of this blog are bound to end up in one of two places: in a second revised edition of Tex[t]-Mex (not likely!); or, most probably, in the pages of a book called Eyegiene further developing the methods and obsessions found in Seductive Hallucinations of the "Mexican" in America, without so much of an emphasis on "Mexican" cultural artifacts. Both projects, in any event, are filled with semiotic hijinks inspired with a healthy lathering of Sigmund Freud--back in the day, I did seminar work with a

EugeneLevyesque genius at Cornell by the name of Dominic LaCapra and have ever since prowled Freud's works for uncanny findings and lascivious narratives. Which finally brings us to today's internet find! A dandy as it materially fuses together my predilections for Siggy, the master, cigar-wielding Psychoanalyst from Vienna and cameras. Check it out!
From the textmex obsessed imagination of William A. Nericcio at 8:18 AM No comments:

Ask A Mexican Invades youTube, Can Tex[t]-Mex be Far Behind!?

From the textmex obsessed imagination of William A. Nericcio at 9:16 PM 1 comment: 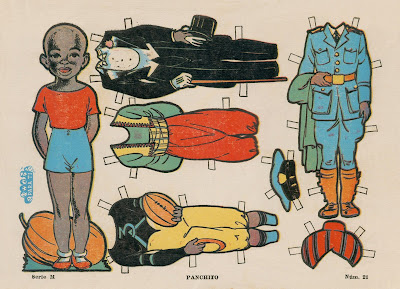 Item for consideration, "Panchito," a cut-out, dress-up paper doll kit from Spain I found on "Pillpat"'s amazing Flickr site. Football player (!, in Spain!), Moroccan (?), Policeman, Dandy, or Cop. The range is amazing and anything but aligned with atypical tropes of Africanicity in a European context. More on this soon.
From the textmex obsessed imagination of William A. Nericcio at 8:44 AM No comments:

Stereotypes and the Democratic Primaries...

Wonkette weighs in today with a stunning piece on Hillary Clinton's gamma manipulation of video in her anti-Barry Obama ads! Apparently, Obama gets a generous "tan" to render his Clinton-lensed swarthyness even an gnarlier/nastier shade of black! All this of course as an election-season as a follow-up to an earlier post on Mexican-colored band-aids. Lesson learned? Never underestimate the complexity of race and ethnicity in the backstory and future tales of our Americas.
From the textmex obsessed imagination of William A. Nericcio at 2:24 PM No comments:


From the textmex obsessed imagination of William A. Nericcio at 6:01 PM No comments: