"I...I'm an Indian, Susan": Yet Another Chapter in the History of Ethnic Americans and the Comics, Native American Edition 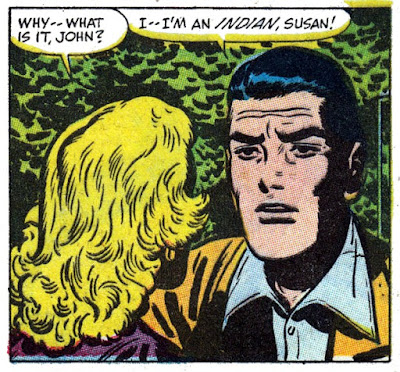 Pappy keeps striking gold over at Pappy's Golden Age Comics Blogzine--this time it's a comic that Fredric "I Killed the Comics with the Comics Code" Wertham took out of context in his anti-comics Inquisition of the 50s. "Forbidden to Love Him," a First Love comic, features a Native American who can pass--a common tale enough in the 50s when anti-miscegenation laws were the order of things in America. The crowd-scene from the climax, opposite, looks like a snapshot from a pro-Trump rally! 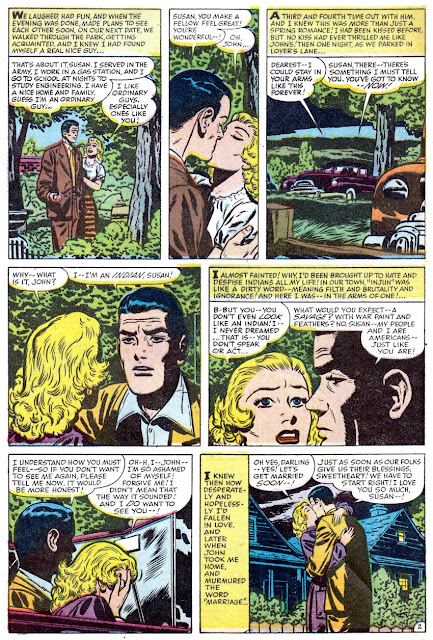