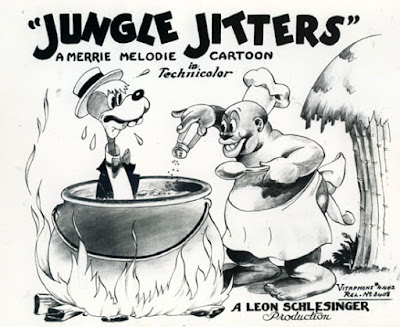 Having dipped their eyes into the radically charged history of American stereotypes, Brian D. Behnken and Gregory D. Smithers have just published a record of their findings.  Their dynamic tome, Racism in American Popular Media: From Aunt Jemima to the Frito Bandito (from Praeger's Racism in American Institutions) is well worth a careful perusal by visitors, lurkers, stalkers, and scholars (!) of the Tex[t]-Mex Galleryblog.

Funny things happen to writers on popular culture, however, on the way to fame, fortune, and print--sometimes publishers are leery of publishing illustrations.

We, however, as you know, harbor none of those fears, so it gives us great pride to host here postings from the redoubtable Doctors Behnken and Smithers (I love their last names, as they sound like a distinguisted Manchester law firm out of the pages of a Dickens' novel!).

Without further ado, I give you their dispatch {all the images get bigger if you give them a click!} 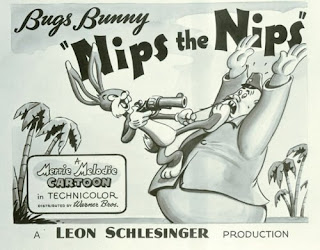 In Racism in American Popular Media, we explored how race and racism have been critical organizing principles in the popular media. Racism punctuated virtually every facet of American life during the nineteenth and twentieth centuries and was woven into the very fabric of the American entertainment industry, which became both larger and increasingly specialized over the two centuries discussed in this book. In other words, popular forms of media – from books to advertisements – became institutionally embedded in American cultural life. In the constantly changing entertainment and advertising industries that our book introduces readers to, the representation of racist and sexist beliefs and behaviors was re-inscribed in American culture with each new book, film, advertisement, and/or cartoon. Through these mediums, nineteenth- and twentieth-century Americans were exposed to visual and aural cues that naturalized white supremacy at the expense of African Americans, American Indians, Mexican Americans and other Latinos, and people of Asian ancestry. 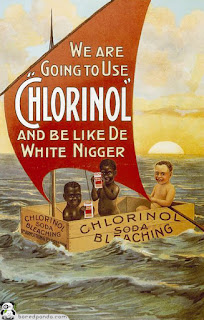 Race and racism became such a central part of popular media during the nineteenth and twentieth centuries that the presence of discriminatory stories or visual representations became naturalized and ubiquitous. A number of the most common stereotypical character types had their genesis in popular literature, only to morph on film or in cartoons. These include African Americans as indolent, unintelligent, comical; as Sambos or Mammies; as oddly speaking or dressing. They also include portrayals of Latinos as thieves, bandits, or urban thugs; as lazy; Latinas as sexually “hot”; as law breaking border crossers who solely dress in sombreros or serapes. American Indians were either doomed to extinction, bound to an impoverished reservation – or both. They were either a drunk, or a noble savage; assimilated (and hence, not an “authentic full-blood” Indian), or a fierce warrior. Asians were shown as unhygienic people who spread disease or as individuals who were perpetually foreign (the same could be said of Indians and Latinos). Asians were depicted as being evil or demonic; as wily or sinister; as possessing mystical powers that they used for evil, and occasionally for good. 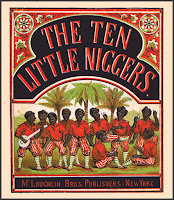 Many of these archetypes found expression in numerous depictions in advertising, in books, in movies, and cartoons. The Mammy character is a good example, appearing in countless forms from Hattie McDaniel’s “Mammy” in Gone with the Wind to the unnamed “Mammy Two Shoes” in Tom and Jerry cartoons. The Latino/a stereotypical characters could be seen in popular forms such as the Cuban fireball, the Mexican border bandit, or in characters such as Zorro or Speedy Gonzales. Asian archetypes found popular expression in books and films focusing on Dr. Fu Manchu – the evil, sinister Asian – or Charlie Chan – the good Asian who uses his mystical powers of deduction to solve crimes. These character types also have their female equivalent in the sinister “dragon lady” and demure “China doll” archetypes. While real life native peoples, such as Geronimo or Sitting Bull, often were the fodder of writers and movie makers, the fierce warrior or noble savage also came to light in hundreds of stories and films, especially “cowboys and Indians” movies and books. So often could Americans see such characters, so ubiquitous were they, that these types of characters and the racist baggage that accompanied them became normative for many Americans. Moreover, their ubiquity shows how racist depictions could become institutionalized in the popular media. 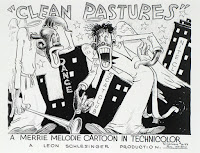 It is one thing to read a stereotypical racist description of blacks or Latinos or Asians; it is another thing entirely to see such depictions. Racism in American Popular Media includes many of the words written about nonwhite people. Take for example a few short lines from Charles Carroll’s famous The Negro, A Beast: “the Negro a beast, but created with articulate speech and hands, that he may be of service to his master – the White man.” Carroll also helped originate the black-as-monkey stereotype, writing that “the negro, in common with the rest of the animals, made his appearance upon the earth prior to the creation of man.” Or perhaps George Lippard’s description of Mexicans/Mexican Americans in his book Legends of Mexico merits some attention: “As the Aztec people, crumbled before the Spaniard, so will the mongrel race, moulded [sic] of Indian and Spanish blood, melt into, and be ruled by, the Iron Race of the North….You cannot deny it….God speaks it.” 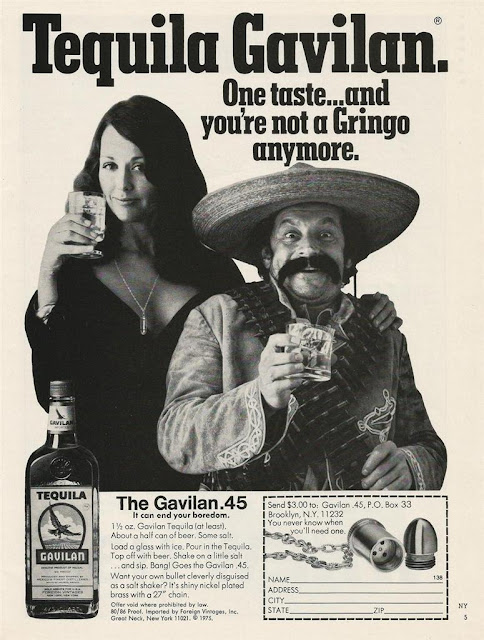 He further referred to Mexicans as “a semi-barbarous horde of slaves.” Finally, Sax Rohmer famously described his fictional creation Dr. Fu Manchu thusly, “Imagine a person, tall, lean and feline, high-shouldered, with a brow like Shakespeare and a face like Satan, a close-shaven skull, and long, magnetic eyes of the true cat-green. Invest him with all the cruel cunning of an entire Eastern race, accumulated in one giant intellect, with all the resources of science past and present, with all the resources, if you will, of a wealthy government - which, however, already has denied all knowledge of his existence. Imagine that awful being, and you have a mental picture of Dr. Fu-Manchu, the yellow peril incarnate in one man.”

Reading those words communicates a great deal. But seeing the depictions of blacks or Asian or Indian or Latinos in popular advertisements or films or cartoons is another thing entirely. We were able to include only a handful of illustrations in our book. What we offer to our Tex[t]-Mex Galleryblog readers is an expose of those images. They show in a way the written word cannot a visual clarity that exemplifies institutional racism in the American popular media.


More images that should have been included with the book: 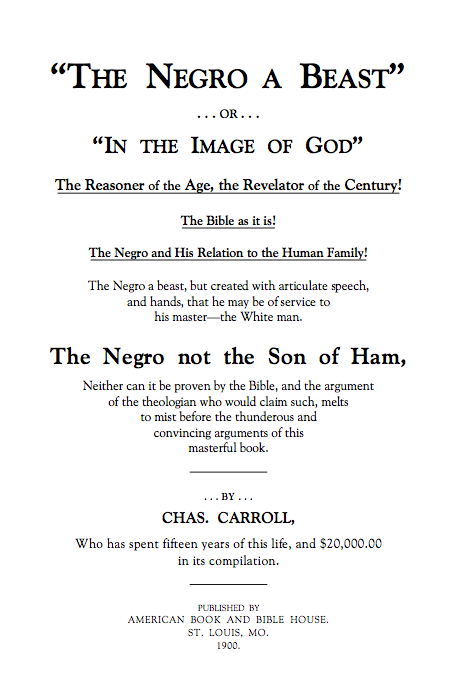 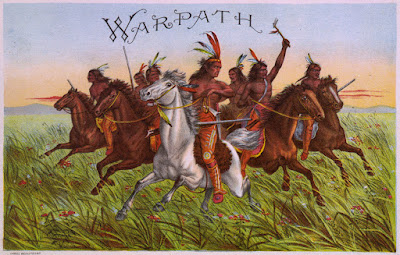 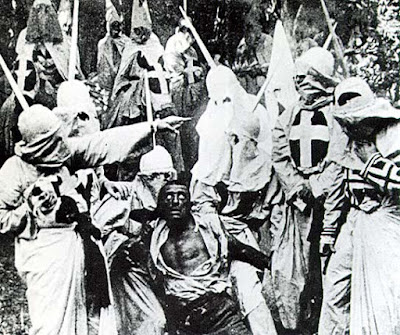 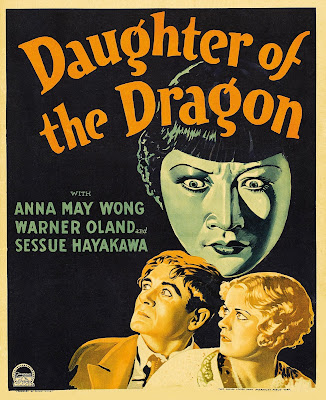 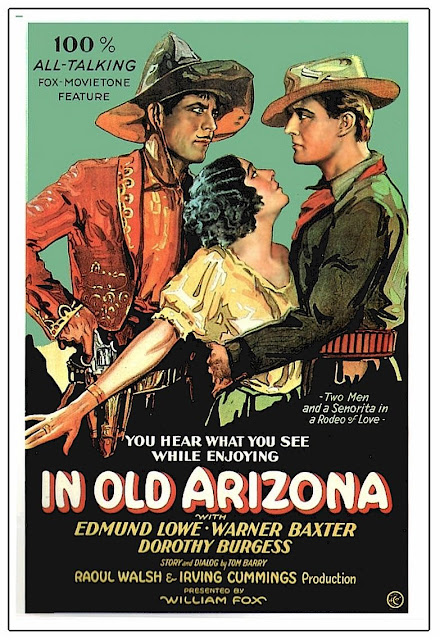 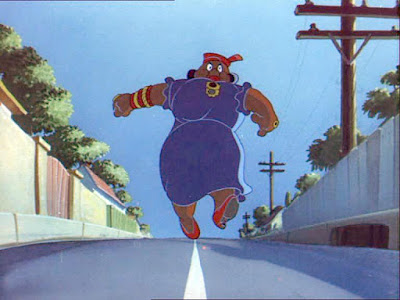 From the textmex obsessed imagination of Memo Nericcio at 4:28 PM No comments: