Loyal reader and newly appointed Midwest Correspondent Kristy Rawson writes in with a posting regarding the one and only MEXICAN SPITFIRE, Lupe Vélez!

Last summer while in Mexico, googling the long-departed actress Lupe Vélez, I stumbled upon the existence of a Mexican biopic, a 30-minute mediometraje realized in December of 2007 and given the English-language title FOREVER LUPE. According to the writer/researcher/director, Martín Caballero, the film portrays the “human side” of Ms. Vélez, a figure whose legacy, Caballero insists (I think rightly), has been colored by lies, omissions and scandalous exaggerations. Shortly after my discovery the trailer for the film turned up on youtube:

But you won’t find an IMDb.com page for the film, or much other information in English.

Back in Mexico this summer I again googled the film and its director, Martín Caballero, finding only the same brief items I had saved from the year before. It seems the film showed just once, at the Cineteca Nacional in Mexico D. F., and subsequently disappeared, leaving only scattered traces online... including an outpost on Facebook which was being received by about 40 fans last I checked.

It’s pure coincidence that I was in San Luis Potosí, Mexico, Lupe’s hometown, when the Facebook page posted news that FOREVER LUPE was coming to The States. It will show as part of the Seattle Latino film festival, Cineseattle, sometime between September 24 and 27. (Cineseattle’s program isn’t entirely set yet but stay tuned here).

Since the announcement last month I’ve been able to find out just a bit more about the fate of the production in Mexico over the past year and a half. But recent articles have revealed nothing more regarding the content of the film than had this item from 2007. I’ll report back after the Seattle festival!

To close? What else? Lupe Vélez:

Martin Cabellero writes in with some nice words! We are working now to try to bring the movie to San Diego for a screening!

HELLO WILLIAM, MY NAME IS MARTIN CABALLERO AND I´M THE DIRECTOR OF "FOREVER LUPE" THE FILM ABOUT LUPE VELEZ AND I WANT TO SAY THANK YOU FOR THE COMMENTS ABOUT MY FILM AND LUPE, I´M SO GLAD BECAUSE I WANT TO SHOW HER AS I THINK SHE WAS. LUPE WAS A GREAT ACTRESS, SINGER, DANCER-- A REAL ARTIST.

FOREVER LUPE IS MY TRIBUTE TO HER MEMORY. WITH THIS E-MAIL I SEND ALONG SOME PICS OF MARIELI ROMO, THE ACTRESS WHO PLAYS THE ROLE OF LUPE IN FOREVER LUPE, AND A RARE PIC OF LUPE, MEXICO CITY, 1925. 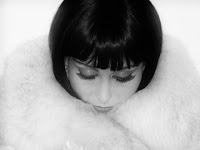 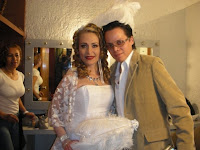 From the textmex obsessed imagination of William A. Nericcio at 8:20 AM