On the Verge: Borderlands From Gearbox

In an article published years ago entitled "Artif[r]acture" with MELUS, I argued that literary critics had to update their tools to deal with a literary realm that was increasingly visual and semiotic--if anything the mild jeremiads of that piece need a turboboost in our world today with Kindle, nook (pictured above), and their ilk changing the way folks read and libraries increasingly becoming gold mines of picture/word assemblages. 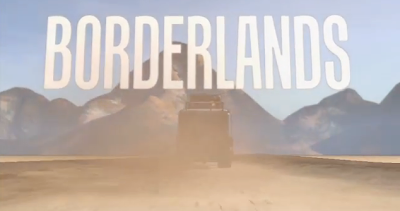 In that piece (a revised, update version of which appears in Eyegiene, my forthcoming picture-filled tome with UT Press), I wrote about video games being the next form of "the novel."

I wrote that, and I still believe it to be true, but I have never tried it--until now....

Gearbox software just came out with a new game called Borderlands--you can watch a review of it here from Gametime Trailers: 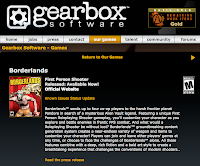 You can get the game specs here or by hitting the image there to your left.

I have written about the demonization and sexualization and the militarization of the border between the US and Mexico for years; I am very curious to see how this TROPE-ic Verge plays out in ultra violent games for the kiddies and others...
From the textmex obsessed imagination of William A. Nericcio at 9:07 AM