And now for something completely similar, yet another chapter in the history of American exotic racialized/hypersexualized cinematic "african" "entertainment"...KARAMOJA

Welcome to the weirdness that is Karamoja, one of the films I have been researching as I complete the Mandingo chapter in Eyegiene. 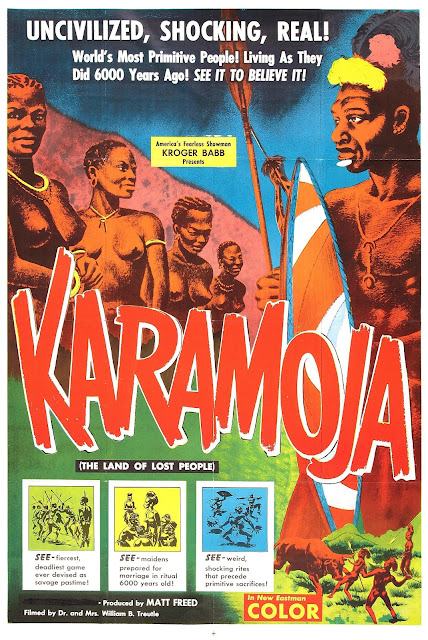 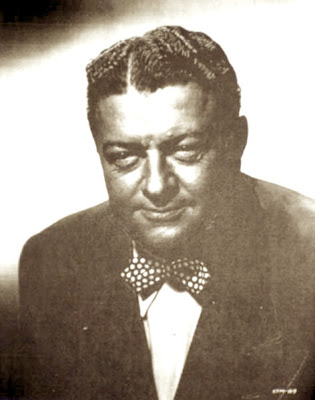 Kroger Babb Howard W. "Kroger" Babb (December 30, 1906 – January 28, 1980) was an American film and television producer and showman. His marketing techniques were similar to a travelling salesman's, with roots in the medicine-show tradition. Self-described as "America's Fearless Young Showman,"[2] he is best known for his presentation of the 1945 exploitation film Mom and Dad, which was added to the National Film Registry of the Library of Congress in 2005. Babb was involved in the production and marketing of many films and television shows, promoting each according to his favorite marketing motto: "You gotta tell 'em to sell 'em."[3] His films ranged from sex education–style dramas to "documentaries" on foreign cultures, intended to titillate audiences rather than to educate them, maximizing profits via marketing gimmicks.
From the textmex obsessed imagination of William A. Nericcio at 6:15 AM