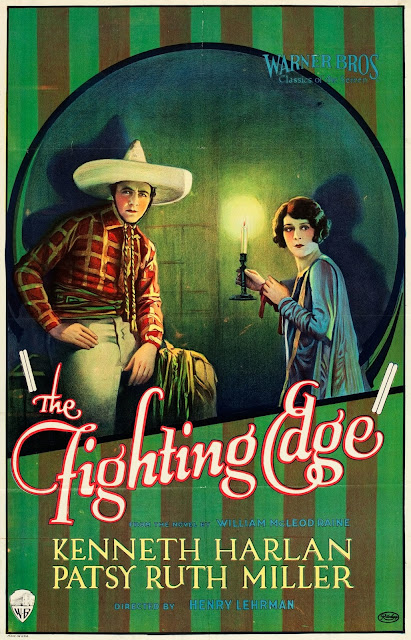 via Heritage Auctions... "The Fighting Edge (Warner Brothers, 1926). One Sheet (27" X 41"). Kenneth Harlan stars as a U.S. border agent who sets out to rescue agent Patsy Ruth Miller from cattle smugglers in this early silent Western. The "fighting edge" of the title refers to battles along the Mexican / US border between cattle rustlers and the U.S. government. Henry Lehrman, who found success with directing and acting in several Keystone comedies, directs this adventure. This rare stone litho one sheet has edge wear, smudging in the right border, cross fold separation, fold separation, and a nick in the left border. Fine+. Estimate: $700 - $1,200."
From the textmex obsessed imagination of William A. Nericcio at 3:00 PM