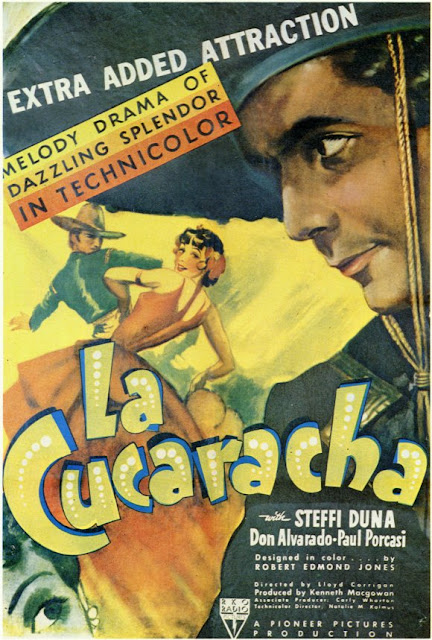 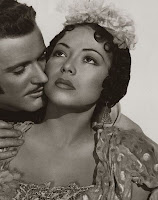 For more of the backstory on La Cucaracha, go here: http://screened.blogspot.com/2005/12/la-cucaracha.html

In the film, memorable more for its contribution to the evolution of Technicolor technology than the script or the acting, Steffi Duna plays lead "Mexican"--the Hungarian actress made a name for herself in the first part of the 20th century playing "fiery Latina femme fatales." Opposite? Duna in full "Mexican" regalia...

Most compelling of all? The words of the song itself, a paean to lost legs, marijuana, and much mas more--in addition, they provide a short course in cultural studies and the Mexican Revolution.

From the textmex obsessed imagination of William A. Nericcio at 11:03 AM