...a quick follow-up to my post on Jay Severin's (the Goebbels-cloned cousin of Limbaugh, Beck, Dobbs, & Coulter) anti-immigrant rantings from the May 2, 2009 NY Times:

ALL epidemics are different in their own way, and the current swine flu outbreak — which by Friday had sickened 141 people in 19 states, and caused deaths and illness in Mexico and 13 other countries — is no exception. Yet, as you can see from the chart below, which provides details on a selected handful of epidemics in American history, all outbreaks share certain themes. While some of these events killed many thousands and others affected only a few, in each case public health officials felt a grave threat was imminent and did what they could using the science of the day. 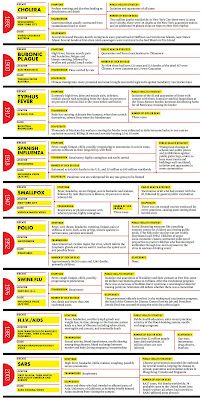 History also shows us, unfortunately, that epidemics lead to reflexive scapegoating of those thought to have caused the problem. Just as European immigrants were blamed for importing cholera in the late 19th century, we are now seeing reports of American politicians saying that Mexican migrant workers should be turned away from hospitals and a rash of scurrilous posts on the Internet attributing the outbreak to their “dirty” ways of life. Another common feature is misinformation. There are now boycotts around the world of Mexican pork, despite well-established science that humans do not contract swine flu from eating pork. And then there was Vice President Joe Biden’s premature suggestion that we all avoid airplanes and the subway.

Confusion and blame games aside, we can take heart that our public health professionals are working around the clock to prevent this crisis from getting out of control. One thing the history of epidemics teaches us is that given our remarkable arsenal of treatments, public health measures and rapid surveillance and communications ability, there’s never been a better time to have a pandemic than today — except, that is, tomorrow.

Howard Markel, a doctor and professor of medical history at the University of Michigan, is the author of “Quarantine” and “When Germs Travel.” Sam Potts is a graphic designer.

And this, just in from Boston: 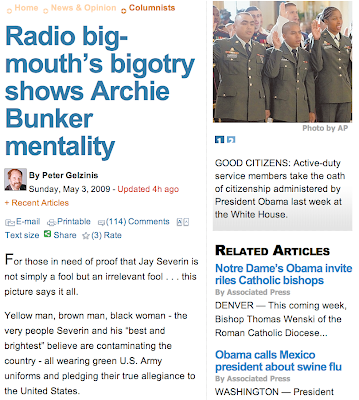 From the textmex obsessed imagination of William A. Nericcio at 8:33 AM