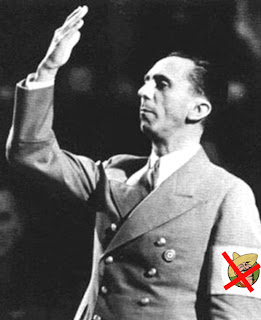 As I move from being a coroner of "Mexican" hatred, as I was in Tex[t]-Mex, to an epidemiologist of the same pathology (this blog), I am finding there is almost too much to write about.

In Tex[t]-Mex's introduction, I write about madman Adolph Hitler's beloved adman, Joseph Goebbels, who, with Hitler, wrote of instilling beliefs in the German citizenry, creating hoards of adoring people who would "obey a law they [do] not even know but which they [can] recite in their dreams." Ridiculing laughter, common in anti-Ethnic jokes & cartoons are prime tools in this process, with stereotypes loading the unconscious with more subterranean hate than you can shake a stick at--Henri Bergson, big time French philosopher on laughter argues that these processes are "something like the logic of dreams, though of dreams that have not been left to the whim of individual fancy, being the dreams dreamt by the whole of society.

All this as a preface to the link below; hit the image, read the story, cry-rage-yell-shudder, and then come back here for the closer: 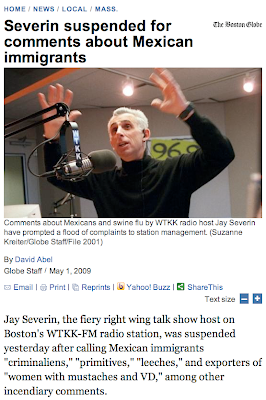 All of the usual suspect stereotypes appear in this sordid tale--for those who skipped the link, I will re-post the more egregious slime here:

In one of his broadcasts this week, Severin said: "So now, in addition to venereal disease and the other leading exports of Mexico - women with mustaches and VD - now we have swine flu."

Later, he described Mexicans as "the world's lowest of primitives."

"When we are the magnet for primitives around the world - and it's not the primitives' fault by the way, I'm not blaming them for being primitives - I'm merely observing they're primitive," he said.

He added that Mexicans are destroying schools and hospitals in the United States. He also criticized their hygiene.

"It's millions of leeches from a primitive country come here to leech off you and, with it, they are ruining the schools, the hospitals, and a lot of life in America," he said.

He added: "We should be, if anything, surprised that Mexico has not visited upon us poxes of more various and serious types already, considering the number of criminaliens already here."

Severin's worldview, a pastiche of lurid ignorance born from a lifelong study (apparently) of The Secret History of Mankind, is the most dangerous of many voices polluting the airways and view screens of our early American 21st-Century. If you are in Boston and in the media, bring me out there to do a reading and fight back against these dangerous, moronic Mexican-haters. 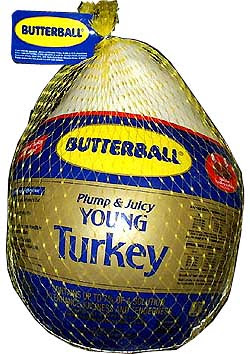 The irony of all this (especially in light of Severin's hate-laced diatribes) is that the nation at the root of this proto-pandemic is the good old U.S. of A.: Smithfield Foods, makers of Butterball, Farmland, and Armour products, among others, is responsible for bringing together people and pigs in such a way that viral crossbreeding was a matter of time, not doubt. This is not to take the blame off of any individual Mexicans or, Mexican corporations, Granjas Carroll, logolink opposite, a subsidiary of Smithfield, is also

responsible for the fetid stew of shit, entrails, and bones (a Danteesque miasma if there ever was one) that allegedly gave birth to this scary influenza. If anything, Severin's "criminaliens" (nice neologism, creep!) are holed up in Smithfield, Virginia--and they aren't Mexican.

From the textmex obsessed imagination of William A. Nericcio at 6:06 AM