Republicana loca Michele Bachman wants to be your next U.S. President (and the pendeja wants to turn the clock back on race about 150 years in the process). 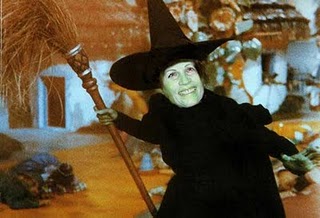 Thanks to what was revealed in national media, it seems that an organized and robust conservative Christian group got a few zealous Republican candidates (including locos Michele Bachman and Rick Santorum) to sign a pledge which contained language stating that African-Americans were, in effect, statistically better off as slaves back in the day. Here’s some parlance from that tasteless testimonial:
“Slavery had a disastrous impact on African-American families, yet sadly a child born into slavery in 1860 was more likely to be raised by his mother and father in a two-parent household than was an African-American baby born after the election of the USA's first African-American President...”
If the feeling of throwing up your late lunch/early dinner right now is no problem for you, then please read on here.
—Marc García-Martínez

From the textmex obsessed imagination of Marc García-Martínez at 4:34 PM