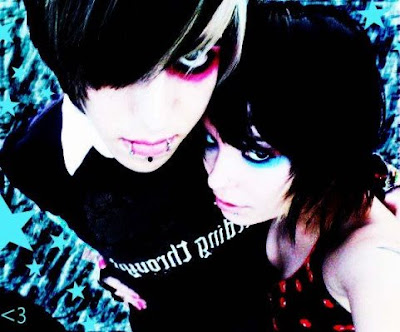 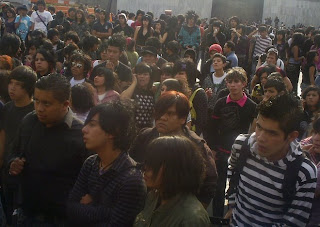 Just a quick note of a story Daniel Hernandez first broke and that Wired News is now following regarding Emo-bashing in Mexico--this turn of events south of the U.S. border--especially with regard to the macho, gay-bashing part of the anti-EMO movement--acts here as a sort of a purge for an earlier take that ran here this month, and is curious in its own right as well.

The Wired News story is of note for Gustavo Arellano's interesting use of the term "clusterfuck" which, against all rhetorical odds, appears measured, cogent, compelling, and incisive in the story!

Not all Tex[t]-Mex Galleryblog readers may be up to speed on the origins and nature of EMO, hence this fine, detailed, and lucid instructional video:

From the textmex obsessed imagination of William A. Nericcio at 7:52 AM