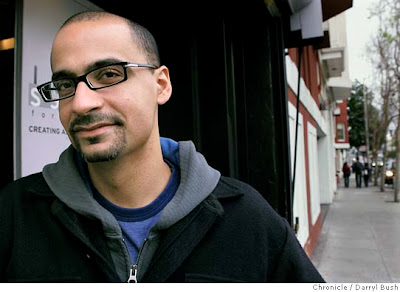 Fabulously talented USD poet Jericho Brown just checked in with a heads-up to an interview with Junot Diaz in the Chicago Tribune; here's his note:

Hey Bill, You've probably seen this interview already, but in case you hadn't, I wanted to send it your way. The info he quotes about Lauzen's work at SDSU reminded me of some of the concerns in your writing. See you soon... Jericho

The paragraphs Brown is referencing are here:

Q: Did you have any doubts about having a hero who was such an uber-nerd?

A: Yeah, well of course. But think about it. To a mainstream audience, a complex Dominican protagonist is already an extraterrestrial. I just felt that the real risk wasn't in making Oscar such an incredible fanboy. It was imagining a Dominican family as the center of the American experience.


Q: Why is that so crazy? Most of us have an immigrant experience.

A: Look, in the year 2000 they cast more extraterrestrials than Latinos in television, during the entire year. [A study by Martha M. Lauzen of San Diego State University found that in the 1998-99 television season, 3 percent of female characters in popular shows were from another world/realm, and only 1 percent were Hispanic.] So my [point is], I do think it's probably harder for a mainstream American who grows up exposed to extraterrestrials more than to Latinos to imagine the center of the universe being a fat Dominican, you know? Which is cool. That's what art is there to do. Art is there to challenge our assumptions and our organizing principles.

The whole piece is here. 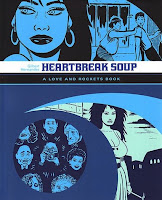 Equally interesting and revelatory owing to its confession of Los Bros. Hernandez influence on Diaz's work is Junot's rap with La Bloga here.

Guess whose first novel just won a Pulitzer Prize! Felicidades a Junot Diaz.
From the textmex obsessed imagination of William A. Nericcio at 2:00 PM