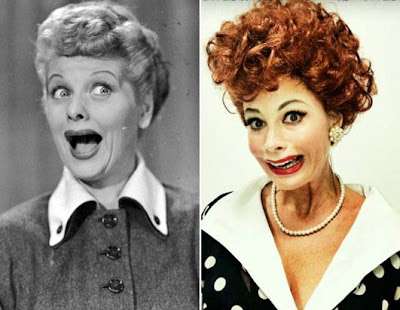 Sofia Vergara posted this transformation pic on Twitter. We still don't know what's behind the homage to the red-headed American icon Lucille Ball, but the complete resemblance is almost there. The I love Lucy program introduced American television audiences to another stereotype of Latin men we hold dear today: Ricky Ricardo, the bumbling heavily accented Latin lover. Ricky was played by Cuban actor Desiderio (Desi) Arnaz. I can personally blame the I Love Lucy show for the cruel reminder of my mispronunciation of the word passport as "passaport." Here's the episode link: 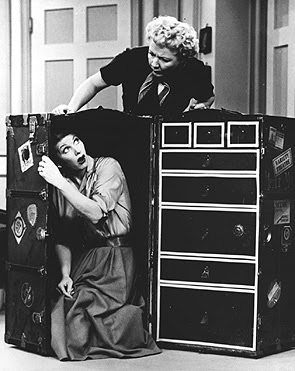 If there is a a role for Sofia Vergara as Lucille Ball in the future, the impersonation might not be so far off from her character Gloria,who Vergara plays on Modern Family. Both Gloria and Lucy mastered a whiny nasal (and almost sweet) voice to call their respective television spouses.


video.latino.foxnews.com
From the textmex obsessed imagination of Daphne Strassmann at 12:35 PM