We'd Like to Renew Your Contract Paula...But Not For Nothing. You're Racist. 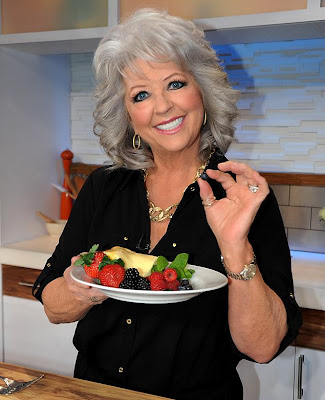 There was a time when Paula Deen stopped pushing vats of butter to flavor America's palate and encourage the art of artery clogging. She had a close call ya'll! Diabetes came a poundin' on her door, like a live chicken trying to get out of a broiling oven. The country forgave her and hopped on her on healthy train to join the slimmer Paula journey.  Well, thing is, Paula's longing for Plantation Nation,  and penchant for carefree colorful vocabulary, however seems to have vex execs within the Food Network. So it has been decided that Deen's contract will not be renewed.
Forgiveness won't come easily for Paula. People are pissed ya'll. You supporters out there: Don't be too sad for Ms. Deen you guys. She's rich, owns restaurants, sells cookbooks and on the off chance Fox and Friends have a cooking commentary, she will be a welcome sight. The future is a Gumbo of delicious possibilities.

How about we start a list of puns on some Deen-inspired recipes while read and we sit here visitin'  on the blog. The topic also trending on Twitter @#PaulasBestDishes 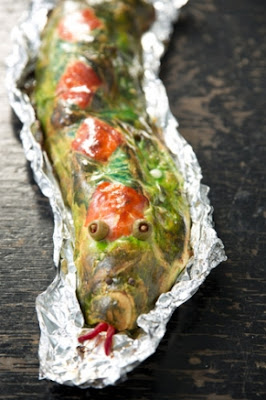 From the textmex obsessed imagination of Daphne Strassmann at 4:09 PM